And the winner of Top Chef Canada is….

In case the headline for this blog post wasn’t clear, I’m about to talk about the winner of last night’s Top Chef Canada finale. 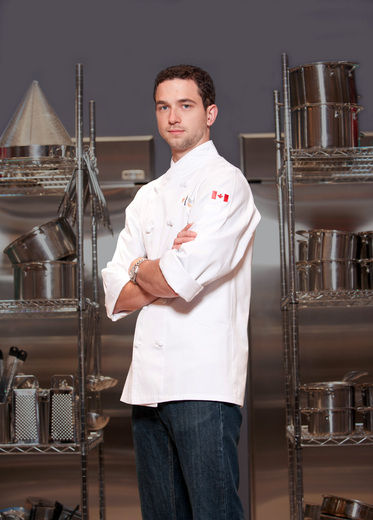 After 12 weeks of grueling and pun-filled challenges, Toronto-based Chef Carl Heinrich was named Canada’s Top Chef, by doing so, he defeated 15 of Canadaâ€™s brightest culinary talents. For his efforts,Â  Heinrich receives the grand prize of $100,000,Â  a GE Monogram Kitchen valued at over $30,000, in addition to claiming the sought-after title of Canadaâ€™s Top Chef and the right to take as many smoke breaks as he wants for the rest of his life.

As I expected, the finale was a nail biter and I loved the surprise twist of bringing back an eliminated Chef to compete in the finale. Just like in a real kitchen, this show keeps its competitors and viewers on their toes.

A third season of the show has already been announced, but as for who will be involved, not much is known. I was reading on Twitter last night that many fans are hoping that the show changes cities for its next season.Â  Its American counterpart has shot seasons in New York, Los Angeles, Texas, Las Vegas, Miami and Chicago.Â Â  Keeping the show in Toronto might be easier, but it’s not a reflection of how great the cuisine of Canada is from coast to coast.Â  Vancouver, Calgary or Montreal would ll be great locations, plus they have the added bonus of fantastic scenery. I mean, we can only see so many shots of the CN Tower, right?

What did you think of the finale?Â  What city should the next season be in?