And the winner of Survivor China is……

So Todd Herzog deservedly won Survivor: China tonight, but I would like to 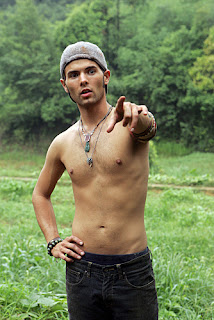 discuss a couple of things.

1)Denise’s mullet. Still? Really?
2)How could the producers of the show let Courtney go on the show when she only weighed 97 pounds? And how much did she weigh when she was done.
3)Since Todd has been on Survivor, I’ve heard a couple of people say that his gameplay reminds them of me. I assume they say that because Todd basically used the stragtegy that I’ve have been saying would win me Survivor if Canadian networks could get their acts together (Be the messenger, just don’t get shot). But I also feel my friends are refering to the fact that he is a little conniving shit disturber. I’ll take the former please. Or is it the latter (thanks for the correction, my mom didn’t read to me as a child). Damnit, which one is which again?