An Open Letter to Taylor Swift and her Canadian Tour! 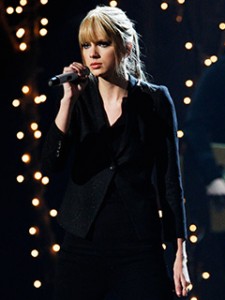 How’s it going! It’s me, Mike. Congrats on your new album. I’m really enjoying it!
Anyway, I was just going over your tour dates and I noticed that there was a mistake. It’s no big deal, I mean I know you’re busy but you’re definitely going to want to fix it before people start getting the wrong idea.

I just noticed that you left Calgary off your tour schedule. It’s weird cause you were two years ago and you sold out the stadium months in advance. Is it cause you forgot?Â  Here’s a recap, just in case. The crowd was crazy for you! I’m not sure how it happened but I think your planners booked two dates in Edmonton by accident! Surely that can’t be right?

So if you could just take a second to fix it, that would be great. I know that I’m not necessarily your demographic, but I guess I’m speaking on behalf of all the 14 year old girls who are! Wait…that sounds bad.

Let me know when you get the dates fixed and I’ll be sure to let everyone know!

All the best!
Mike