An Open Letter to Ellen: Can I host your Q+A...

My name is Mike Morrison and Iâ€™m so excited that youâ€™re coming to Calgary on April 21st.

I just had a quick question: Can I host your Q+A at The Saddledome?

First things first, you’re probably wondering: What the hell is The Saddledome?Â  Â It’s okay, a lot of us wonder that too. But it’s a big arena and it’s going to be filled with thousands of people who are excited to see you.

I also know my “quick question” is a BIG one, but, if Iâ€™ve learned one thing from you, itâ€™s that taking chances is always worth it, whether it works out or not.

So on the teeny-tiny chance that you’re looking for a local guy to host your Q+A, I wanted to let you know that I’d love the opportunity.

So, here goes nothing:

Iâ€™ve been lucky enough to host some pretty big Q+As before, and even though some of them have been in front of crowds topping more than 5,000, Iâ€™ve never been nervous about it. Truthfully, Iâ€™d rather stand in front of twenty thousand people than sit at a dinner party with six strangers. I kinda feel like you might be the same way.Â Â

In the past, Iâ€™ve been lucky enough to host Q+As with some of the cast of The Big Bang Theory:

Some of the cast of Orange is The New Black: 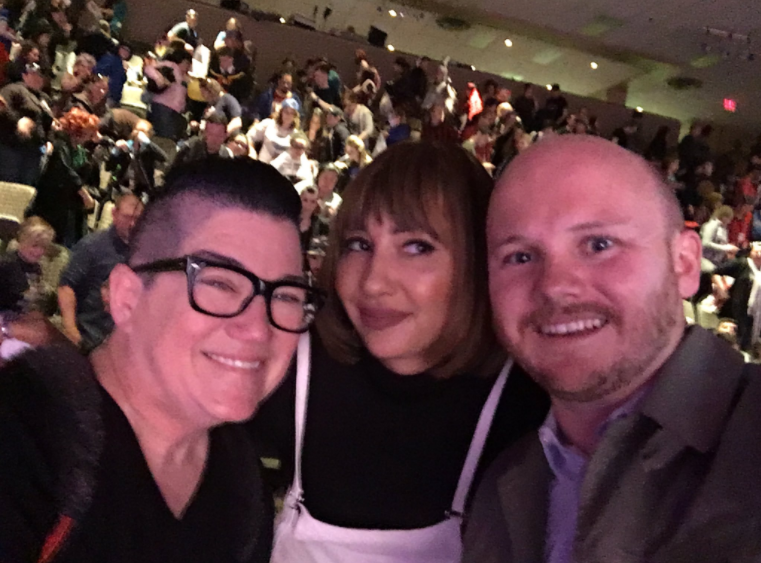 Amazing way to way wrap up @CalgaryExpo! Thanks to Famke Janssen for a great panel! pic.twitter.com/qk0n57BpqC 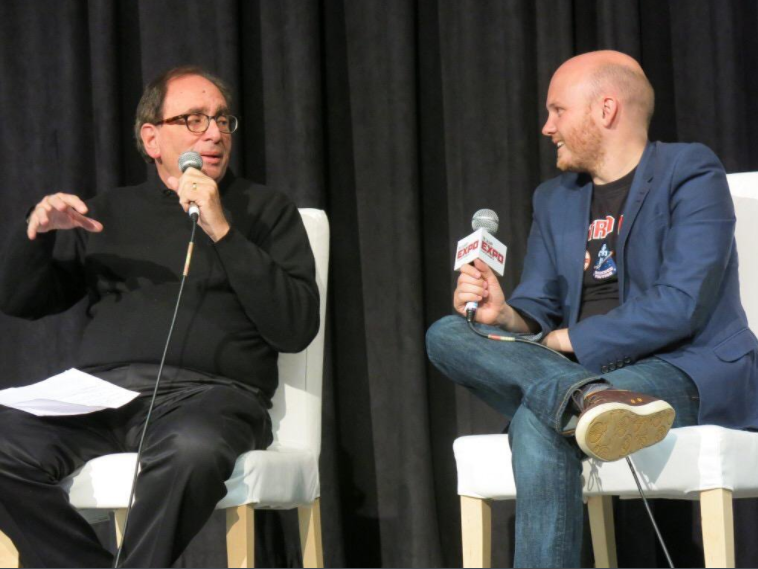 Some of the cast of The Walking Dead 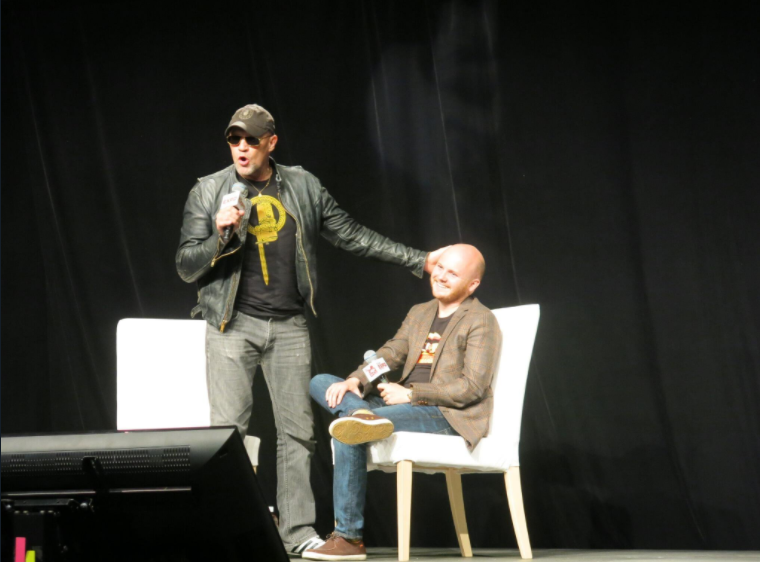 And, a lot of the cast of Buffy and Angel. But not Sarah Michelle Gellar. Yet. A bald boy can dream. 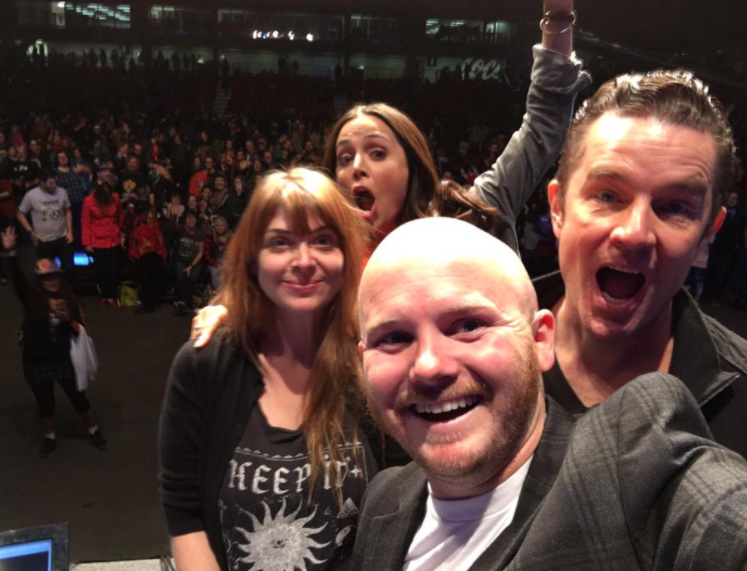 I’ve also hosted a Q+A with Kelly Oxford, who’s a New York Times Bestseller, who just happens to be from Calgary.

But besides experience, youâ€™re probably wondering who am I?! Â Well, my name is Michael Lindsey Morrison. I live in Calgary, but I grew up on the east coast of Canada in a city called Fredericton and I miss lobster and greco pizza every single day.

I love Calgary. I’m not sure if you’ve been here before, but you love it!Â  Any chance you love biking? Calgary has the biggest cycle network in all of Canada. And sometimes we have moose wandering downtown.Â  We have it all.

Iâ€™m a writer and blogger here in the city. I have a blog called Mikeâ€™s Bloggity Blog, which is just about to celebrate its 5,000th blog post. Iâ€™ve been writing it for more than 12 years, and if you go back through the archives, youâ€™ll read posts about everything from moving to Calgary to live-blogging Canadian Idol. Yeah, we had a Canadian Idol. Carly Rae Jepsen was robbed of the title, but I can hopefully explain that in person. The blog is my full time job now, but in the past I’ve been a waiter, a bank greeter, I worked in oil and gas (it’s Calgary, everyone has at one point or another), I was an academic advisor for Fine Arts students, I was a TV producer, newspaper columnist, but now I’m a blogger. I also wrote a guide to biking called Calgary By Bike, and I run a conference called SocialWest.Â Â 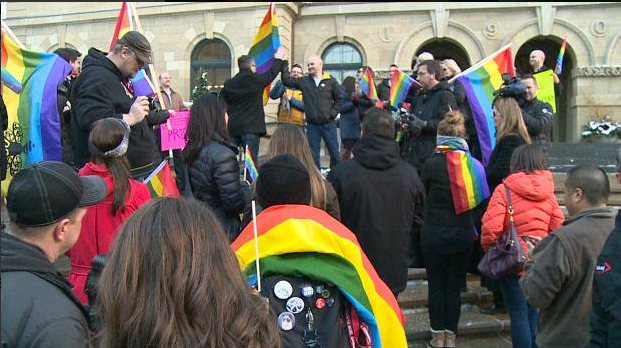 Like you, Ellen, Iâ€™m also passionate about LGTBQ2+ rights. Truthfully, I struggled with it at first. I didn’t come out until my mid-twenties, but once I did, I became very protective of my rights and the rights particularly of LGTBQ2+ youth. Iâ€™m a self-employed writer and really, I depend on people liking me to make a living. So when I started becoming more vocal about LGTBQ2+ rights, it was really hard. Â Some of the people I worked with said I was too political, or things had gotten complicated and I had to look really hard for work.Â  But I never forgot all the sacrifices you made to tell your truth, and so I can and will always tell mine. And more importantly, I will help protect all those who are struggling to be themselves, because as you and I both know, everyone can use a helping hand.

Iâ€™m also familiar with daytime hosts. Â A few years ago, Kelly Ripa did her show in Banff, Alberta, which is just outside of Calgary and I was lucky enough to interview her. We had a ton of fun. (I have no idea why Iâ€™m so red in the video, I assure you that my complexion is anything but.)

Any chance you’re a fan of Coronation Street?Â  It’s a big soap in the UK, that also has a passionate fan base in Canada. Two years ago, I was the first Canadian media on the set in six years and it was a ton of fun. I even got a bottle smashed on my head.

Anyway, that’s a bit about me.Â  I would love the opportunity to host your Q+A, and guide you and the audience through what will no doubt be a profound night for everyone in the audience.Â  Regardless of what happens, thank you for everything. I’m me because of you.Â  And I’ll always be thankful for that.

I’ve never done a vision board, but worth a shot. 😉 pic.twitter.com/B3HI8AVTra