An open letter: Hotels with sliding bathroom doors are the...

Hope you’re doing well. I’ve noticed something happening a lot in your renovated rooms lately, and I thought I would reach out to let you know that I would like you to stop replacing bathroom doors with sliding doors.Â  Â Those doors were actually there for a reason.

It’s a trend I’m noticing more and more and I can’t tell you how much I hate it.Â  But I have a blog, so I’ll try.Â  Why do I hate sliding doors? Because they aren’t really doors, are they?Â  They are pieces of wood that you are moving in front of the entrance of the bathroom, a place people love to be well, alone. The doors never really close off the bathroom, and as you can imagine instead of sealing of the bathroom the way God intended, it leaves a large gap for anyone to hear (or smell) what happening on the other side. I’m sorry to be gross, but has anyone ever been in a bathroom and thought “Man, I wish this bathroom door wasn’t here.”

I’m just so baffled who’s telling hotels that this is a trend that customers want. Because I’m here to tell you that that is incorrect. 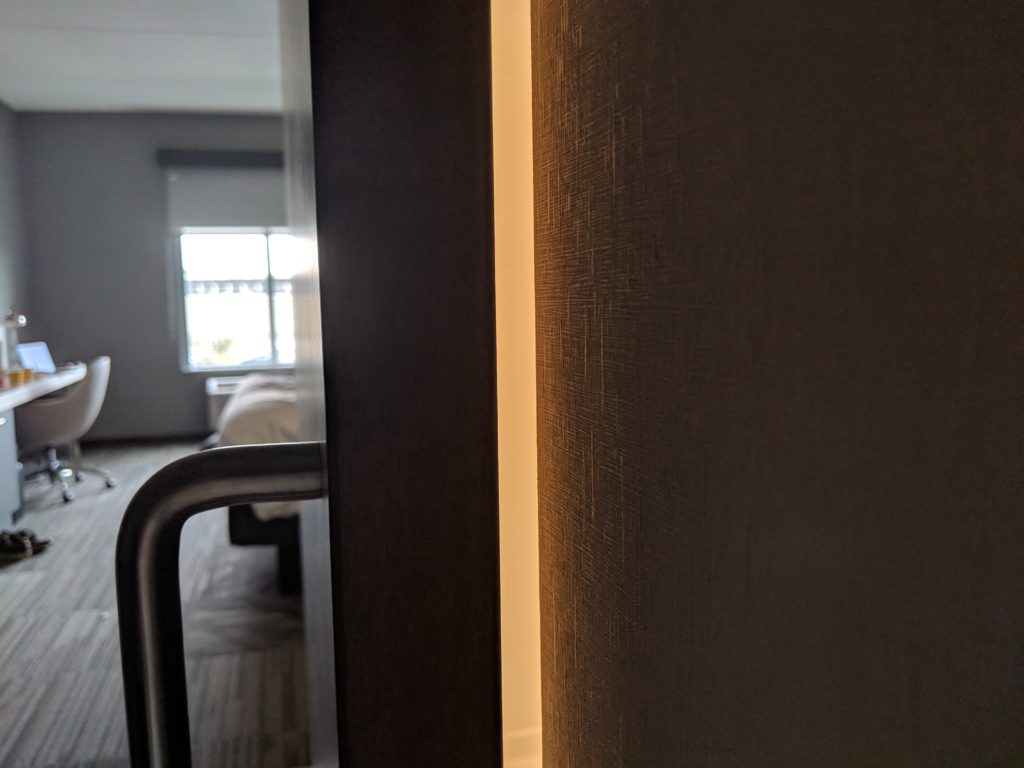 The sliding or pocket door has traditionally been used to save space, but usually in a house with lots of room. In a hotel, where one person may want to, um, be alone, while the other person is sitting just a few feet away probably catching up on some HGTV, is just awkward.

Even worse is when the bathroom doesn’t have a fan. So now we have a doorway that has a giant gap in it, and now there’s nothing to create a little white noise.Â  And then you have to make up a reason why you have to leave the tap running.Â  “I’m just going to wash my face constantly for the next five to ten minutes, okay honey?” My most recent stay at the trifecta of a sliding door, no fan and no lock.Â  What monsters decided this was a good idea? 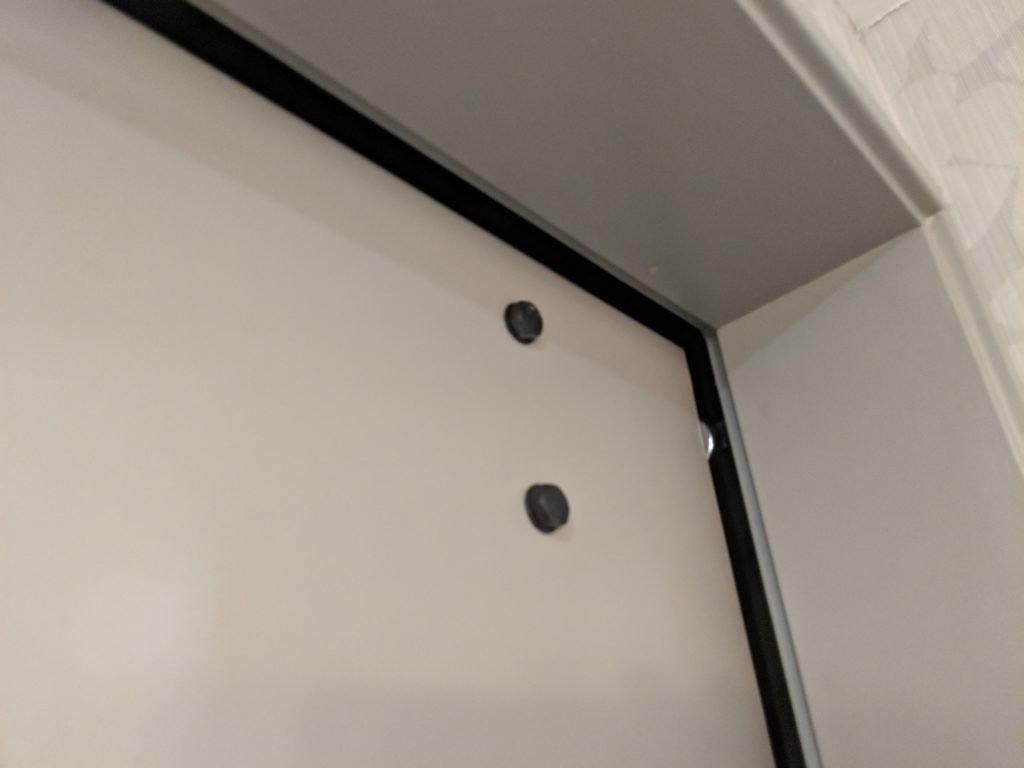 Now I get that there are some couples that are fine with all the bathroom stuff, but I’m willing to suggest that they are in the minority compared to those who just want some damn privacy. And that’s of course assuming the people sharing a room are a couple. What if they are co-workers, or family?

I do take a little relief (pun intended) that I’m not the only one who hates this trend:

Why does hotel room bathrooms always have sliding doors or just no lock? 🤔 mysterious world we live in…

My hotel bathroom has a sliding door and I gotta say: not a fan

I would like a word with the guy who decided to put sliding barn doors on hotel room bathrooms. 🙉

Hey- to all the hip new hotels with this see through/frosted sliding door to the bathroom without privacy from sight of sound: Stop it. Please.

Hotel designers: couples stay in these rooms and some of those couples have boundaries. No more thin sliding doors for the bathroom please.

So what I’m asking you to do is stop the insanity and stop acting like the bathroom door isn’t the most important part of the entire hotel room.Â  Or at the very least, made it an option that I can filter.Â  Pool? Great.Â  Free breakfast? Sure. Bathroom door?Â  NON-NEGOTIABLE!

ps. Don’t even get me started on bathrooms with frosted windows instead of walls. 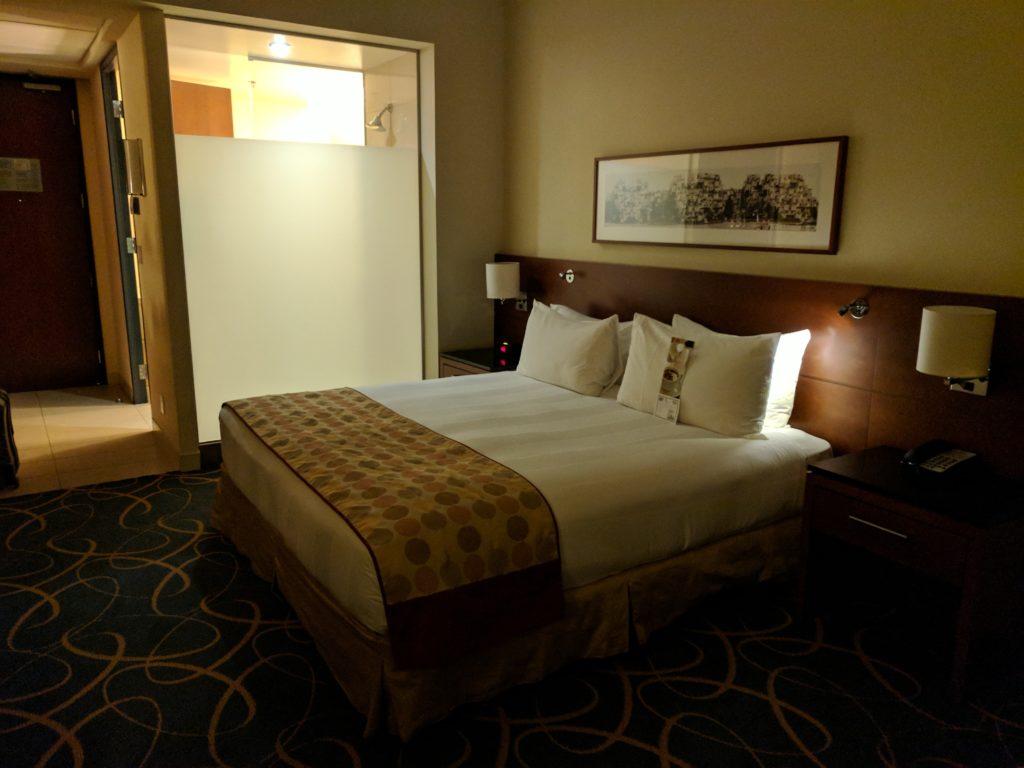