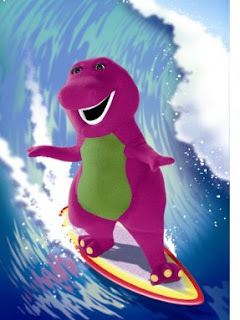 I want to first apologize because I should have sent this letter such a long time ago. It was just this past weekend that I saw that youâ€™ve announced the Coke Stage lineup for Calgary Stampede 2007 that I realized that I had lost touch with you guys.

The reason that I wanted to talk with you guys is that it is obvious, judging from the line up, that my invitation to perform on the Coke Stage was lost in the mail. My mail usually arrives later than most, I have since called the post office to ensure that this doesnâ€™t happen again.

I canâ€™t begin to express my regret that I didnâ€™t receive your invitation and because of this you were forced to book some questionable performers. Tom Cochrane with Red Rider must have been a painful call to make. I mean trying to find his number alone would have been tough enough, but to swallow your Stampede pride and actually invite him? It just makes me sick thinking about it. Although, I imagine Tom was pretty happy to be invited, if you think about the amount of people just walking by the Coke stage will be more than the combined total of people that bought his last couple of CDs. I guess the stampede is charitable after all.

My guilt only gets worse as I scroll down the list and see that you invited Hinder. Yikes! Was even Hootie and Blowfish not available? If you want, I will take full blame for this one. After all, you shouldnâ€™t have to suffer the embarrassment of inviting a band who only two songs disturbingly enough involve body parts: â€œLips of an Angelâ€ and â€œBetter Than Meâ€.

I was temporarily relieved to see that Good Charlotte was invited, and then I realized that this isnâ€™t 2002, so I got sad again. Oh well, maybe Nicole Ritchie will be there to cheer her boyfriend on. I bet sheâ€™d love beef on a bun. At least thatâ€™s what I hear. (There were too many jokes to write about that, so fill your own favorite in here.)

However, I was happy to see some good Canadian content coming our way. Sloan, Three Days Grace andâ€¦wait, where is Barney from again?

None the less, I hope you accept my apology. Iâ€™ve always had a great time at the Coke Stage. After all, Iâ€™ve always loved how thousands of people cram into a space the size of my rather large balcony as much as I love playing â€œGuess the substance on my feetâ€ that I always play after the concert is over.

I hope you have a great Stampede and I canâ€™t wait to get your invitation next year!

All the love in the world,
Michael Morrison

Check out the full line up here.