An Open Apology to Shawn Desman 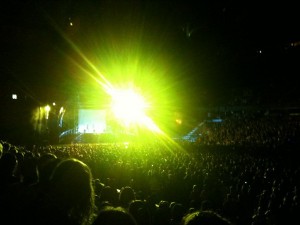 I have to confess something.Â  On Sunday night, I went to the Backstreet Boys concert in Calgary.Â  I don’t know what exactly compelled me.Â  I mean, I’ve never owned any of their CDs, I’ve never wanted to see them before, hell I couldn’t even name the five members of the band.Â  And yes, I now know there are only four “boys”.

But the lure of a free ticket and the Saddledome’s often uber-intoxicating draft beer was too much and before too long I found myself singing along to all of the Backstreet Boy’s biggest hits.Â  If you are like me you’ve probably forget about a lot of them, I know I felt surprised the whole night by how many songs I still remembered but in reality had forgotten all about.

And seriously, who knew it would take The Backstreet Boys to prove that the Stadium Tour is far from dead!Â  Just take a look at the picture above! The place was packed! 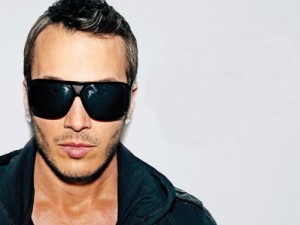 But everyone knows the Backstreet Boys are amazing, I’d much rather talk about the opening act Shawn Desman. You remember him, he was the Toronto singer/dancer that single-handily brought the word T.Dot into the national dictionary.Â  Back in 2002 he was one our countries 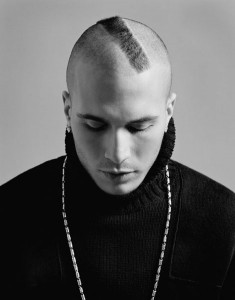 biggest jokes and stars all at the same time.Â  (Remember the sideways mohawk?)

However after watching his show on Sunday night, I think I owe Shawn an apology.Â  Sure his songs are as cheesy as ever, but when you are there to watch the Backstreet Boys, you are hardly allow to judge.Â  Plus, he completely own them and for a lack of a better term, kills it.Â Â  Two songs in and he had the entire Saddledome up on their feet dancing.Â  That is quite a feat for the singer consider how notoriously opposed to dancing at concerts Calgarians typically are.

Luckily for his fans he sang all his biggest hits like Shook, Let’s Go and Shiver.Â  And I’ll never publicaly admit it, but I love his new single Night Like This! Desman’s stage presence really brought his segment above and beyond the normal Opening Act call of duty.Â  Costume changes, dance numbers and grinding, oh my! And yes, I danced.Â  I danced my skinny white butt off.Â  So you’ve earned my respect Shawn.Â  You should be happy, Theo Tames would kill someone and wear them as a scarf to have it.

Check out the new video for Shawn’s single Shiver.