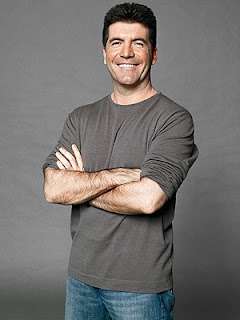 I have never been to Miami. Seems like a cool place. So Iâ€™ve decided to use tonightâ€™s episode of American Idol in Miami as the deciding factor on whether or not I should chose to visit Miami as my next vacation destination.

9:01 Using the Miami Vice opening as American Idol? Genius. Where do I buy my ticket?

9:03 The only thing scarier than Shannon McGoughâ€™s singing was her belching. Her voice had the potential of being good but instead she became a victim of just a bad audition.

9:05 Ohhh look. Ryan is trying to be a badass as by wearing a cross and bones t-shirt. How bad ass Ryan. Give me your job.

9:10 Dear Ghaleb Emachah, While your parents may tell you that you are only 27. I feel like you should know that you are actually 42. Well at least thatâ€™s how old you look. Trust me, I know how you feel.

9:13 Oh Paula makes the first racial comment of the year. Awesome. â€œYou can really sing, but your accent is too strong.â€

9:20 Did Corliss make Randy blush!?!? Hmm..interesting. I actually donâ€™t know anything about Randy. He is married right? Ahh itâ€™s Hollywood, what difference does it make. Both Corliss and her BFF Brittany Wescott gave me tingles too. Great voices. It will be another awkward separation in Hollywood when they are inevitably get broken up.

9:27 Yes it has been a whole 24 hours since we heard a â€œheartbreakingâ€ single mother story. Didnâ€™t Fantasia already win this thing? But Suzanne Toon and has cool last name and a unique voice so weâ€™ll Golden Ticket her and wish her luck in Hollywood. But can she get a babysitter? Stay tuned.

9:29 Um. Did they just reference Jasmine Trias? Wow. Thatâ€™s a stretch. Hereâ€™s hoping that Ramiele Malubay finds a little more success than Jasmine, who is apparently huge in Hawaii in the Philippines!!!! Score.

9:31 Syesha Mercado is prime Top 10 material. But she is going to have to turn off all that happinessâ€¦..oh wait they just hauled out the recovering addict dad. That is pretty much a golden ticket to Hollywood in itself. I mean really who says no to that!??!

9:38 Lots of girls are making it through this season, which seems to be a little bit of a trend. Maybe because they realized that the two guys that have won this competition have already lost their record deals. Year of the women indeed!

9:47 Holy Shit! American Juniors!!! I totally forgot about that crazyily awful show!!!! Did you also notice that Ryan seemed a little concerned about how he knew herâ€¦.Careful Ryan.

9:57 I am seriously sick of American Idol giving people like Brandon Black screen time. Why would they show this over the actual good singers? Yeah yeah yeah, another guy in a costume, thinking heâ€™s funny. Has someone in a costume ever made it through?!?! No. Is this episode done yet?

My TIVO cut out the last minute of American Idol but maybe that is a good thing.
I donâ€™t know where we are off to next week, but hopefully there wonâ€™t be costumes.