All aboard the Blu-Ray Train! 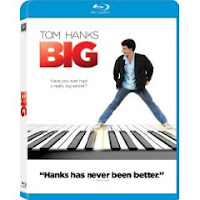 I’ve been thinking a lot about Blu-Ray. Â Mostly because my BR player has been sitting beside my TV practically un-played since buying it a couple of months ago. Â (Although I did add to my BR DVD collection last week with the addition of the must have Planet Earth.)
My collection now stands at two.
But HMV is doing something to help the people like me or are still scared to invest in buying Blue Ray, especially of DVDs we already own.
Starting today, you can take any regular DVD to HMV and they will give you a $7 credit towards anyÂ FOX AND MGM Blu-Ray Discs!Â Â That in itself is cool. Â But what is really great is that HMV will then take the DVD that you brought in and donate them to your local children’s hospital or charity! Â Of course, I’m sure the hospitals will be wary of taking your copies of The Grudge and SAW II***, so those not suitable for donation, will be recycled.
Very very cool. Â So if you own a BR player and have been sitting on the fence about investing, now is really good time. Â You’ll finally be able to get that copy of My Girl (or whatever) on Blu-Ray and the local charities in your community will get a really cool new resource and an awesome movie like My Girl.
And if you are still wavering on actually buying a Blu-Ray, check out this very handy article that answers the 10 Most Popular Questions about Blu-Ray. Â My mom’s is: What is a DVD?
In celebration of HMV Go Green with Blue campaign, I thought I would do up a little list of My Blu-Ray Most Wanted. Â Not all of them are out or even exist, but a short bald man can dream:

And my ultimate Blu-Ray would be:

***remind me to tell you sometime about how when I have kids, they will be watching Requiem for Dream on each of their birthdays until they are 18.