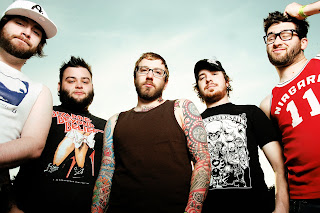 I was just about to go to bed when I saw on Twitter that something was/is going down at the Alexisonfire show at the Olympic Yaletown Venue.

Judging from what I heard, it sounds like there was a huge crowd swell in the mosh pit and a barricade collapsed and 19 people were injured and 9 were taken to hospital!!!
I was in that venue for the Opening Ceremonies and I know it fits about 9000 people, so the fact that such a small number were injured is some sort of miracle!
I’m going to bed now, hopefully the story will have a safe and happy ending for everyone!

Here is a video of the band talking to the crowd moments after the barricades came down!