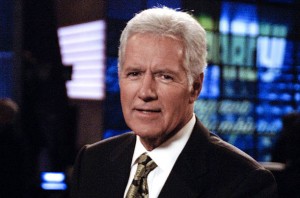 Who knew Alex Trebek was such a bad ass?

Late last week, the Jeopoardy host was checking into his hotel in San Francisco when he noticed he wasn’t alone! At 2:30 a.m, he ended up chasing a burglar down the hallway of the hotel.  While he was able to scare off the burglar, he injured quite himself quite badly in the process.  Now relegated to crutches, the Toronto-born TV show actually ended up rupturing his achilles tendon and  bruising his other leg in process leg when he fell. Because of his injuries, Trebek had surgery on Friday.

But the injury didn’t stop him from hosting the National Geographic World Championship, which were held at the Google HQ, just a few days later.