Also Available on The Q
No matter where you go today, the environment and global warming see 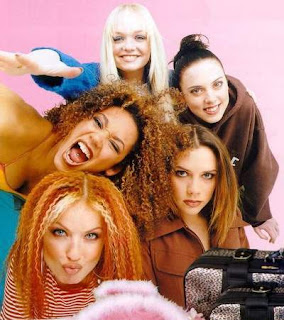 m to be everywhere. Whether you are watching a movie, checking out the magazine stand, following a city council meeting or even riding the bus. Ok, no one follows city council meetings, but you get the point.
For months now the topic of global warming has been the “hot topic.” It seems to be the go to conversation at coffee house line-ups world-wide. And no matter what we’ve heard or read, there still doesn’t seem to be a clear answer. Our conversations seem to go in circles, listing off the newest facts or myths that we’ve just learned.
A situation like this reminds me of a time not too long ago. Remember the Spice Girls? Of course you do, how could you forget? I can still list them off without referring to either one of there CDs. Not that I own them….anymore. There was Mel.B, Mel C, Emma, Victoria and Geri. Yes, I even know their real names. But don’t act like there wasn’t a time that you did too. They were everywhere. Magazines, movies, TV shows and even Buckingham Palace. For their time, they were the “hot topic.” If we treat today’s hot topic like we did the Spice Girls, it doesn’t bode well for poor Al Gore and his team of environmental avengers.

Am I saying that the Spice Girls were as important as the environment is for us today? No, of course not. But by using the all girl group analogy, I can’t help but notice how our society loves trends. We find something we like and we hold onto it for dear life, or at least until we find something else that just a little more cool. 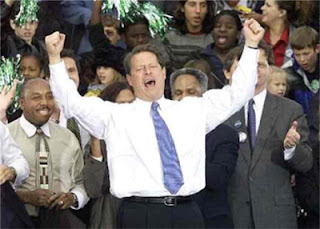 When the Spice Girls were at the height of their fame they released their own Beatle-esque movie. Audiences all over the world lined up, much like today with An Inconvenient Truth. Not everyone who went to Spice World was a Spice Girl fan, but they went because everyone else was. Do you think that everyone who went to Al Gore’s documentary was an environmentalist? No, I would say that most people went because they felt like everyone else was going, so they should probably go too. It would seem that these are the same people that made Spice World the number one CD the year it was released.
Eventually not even the Spice Girls could handle the popularity of the Spice Girls and Ginger Spice packed her bags and interestingly enough became a Goodwill Ambassador. While no one major from Team Environment has moved on just yet, we are still over a year away from the next U.S. election. It’s easy to say you believe in something, but if your job is at risk? You might just take a page from the Spice Girls songbook and start singing “Stop right now, thank you very much!”
Things are sure to, excuse the ill-timed pun, heat up next week as Al Gore will come into treacherous territory and give his “An Inconvenient Truth” speech. Coming to Calgary with such a presentation would be like someone trying to open a Cadillac or Lexus dealership in Northern New Brunswick. Try as you might, it’s going to be a tough sell. Calgary is currently in a boom for doing exactly what Al Gore wants us to stop doing. But then again, just tonight we became the last major Canadian city to adopt curbside recycling. So maybe we are not that far off. 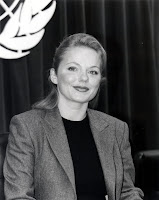 What Al Gore must do while in Calgary is convince us that this huge environmental movement is just that: a movement. We have to know that the penguins of Happy Feet actually had a message and that we aren’t going to regret going to that movie and buying the soundtrack the same way that some of us did with Spice World, ahem.
I’m very interested in seeing what this city’s reaction will be to the former Vice-President, or, as I like to refer to him, Robbed of Presidency Spice. Will they welcome him like we welcome a July snowfall, or will the city be tolerable and listen to what he has to say. I mean after all, if we can make room for Geri as a Goodwill Ambassador, don’t we owe it to the world?