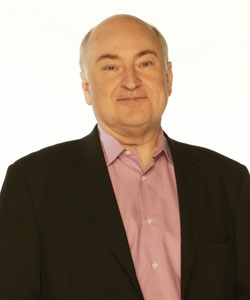 Roger Abbott, famous for his countless characters on Royal Canadian Air Farce, has passed away at the age of only 64 years old. He had been battling leukemia for more than fourteen years!

Roger Abbott had been a founding member of the extremely popular comedy troupe and eventual CBC television series, when they formed in 1973. He stayed with the series until it ended in 2010.

After making the announcement, The Royal Canadian Air Farce posted a tribute video highlighting Abbott’s many hilarious skits, it’s really wonderful to look back and see just how funny the man was. As Rick Mercer commented, “Canada is less funny now.”