>It’s rare find to find someone nowadays who doesn’t own some sort of Ipod. They seem to be everywhere. You can hook them up to your TV, your car and now even your Shoes! This is where I could very easily take this entry in the direction of foot odor. But I won’t.

My Ipod is like my MSN list. Lots and Lots of different things on it including some that I have never/will never listen to. Why is that on our MSN/Yahoo/AIM we insist on having people that we haven’t talked to in years. You go to erase them, but you just can’t. Is it just in case you wake up in an alley in Stockholm and you know they will know how to help you out of this jam? Maybe you feel bad? Like maybe you are the ONLY person on their MSN list and if you delete them who will they have to talk to? Maybe they are the only person on YOUR msn list, which opens up a whole new bag o’ problems.

I’ve never been proud of my taste in music. I’m like the guy in Office Space who turn 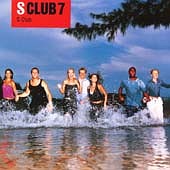 s down the rap music, only in my case it might be Kellie Pickler or Hanson (their second CD is great!…shhh!). When people ask me what kind of music I listen to, I usually say Top 40 and quickly change the subject to TV. Ahhh comfort zone, how I’ve missed you. I remember when I was younger there was this guy named Jeff and I thought he was soo cool and he had the greatest taste in music, I wanted to be his friend so I would try to strike up a conversation with him about his favorite bands, at that time I had no idea who The Tragically Hip, U2 or R.E.M were. I once listened to the Friends soundtrack, he wasn’t impressed.

Every since then my musical taste have been all over the place. If it has a catchy tune, easy to remember words or has been sung on American/Canadian Idol I’m usually sold on it. I’ll admit it, I’ve rapped out to Eminem and Snoop Dog. Like you haven’t. Which leads me to my IPOD. I was looking at it today, and it kinda reminds me of the time when I would buy popular CDs just in case people came over they would see that I have cool CDs. Unfornatly that too backfired when no one came over.

Is the point of IPODs, that you can have random selection of songs on them? It doesn’t have to be just one genre. Who cares if you go from Reba to Hinder then to Gareth Gates (Pop Idol). Does it even matter that right after Journey I have Justin Timberlake? I dont’ think so. I think Elton would be happy to know that I’m secretly planning a concert with him and Snow Patrol. Who remembers Vertical Horizon? I do, cause I listened to them today! And well I’m at it today, I also listened to S Club 7 and then to top it off, I listened to some of their solo efforts (Thank You Wikipedia). Side Note—> Did you know Rascall Flatt’s “What hurts the most?” is actually a cover of Jo’s (S Club 7) first solo CD? I did. I also listened to both versions today. Sad? Maybe. Discuss.

I do have my limits and they are called “Bucky Covington” (American Idol 5) Unless he for some reason sings the Veronica Mars theme song he will never ever grace the scratched screen of my Ipod Mini.

I also have tons of Podcasts that I’m always say I’m going to listen to, but I never do. I’m saving those for Xmas dinner. I figure that way I won’t have to hear about my granny’s latest growth. Score.

I as scan my Ipod play list I can’t help but notice that I have most of U2s albums. I’ve been listenting to them lots lately Jeff would be proud.