Adventures in rock climbing: Whatever you do, don’t look down!

Whatâ€™s the scariest thing youâ€™ve ever done and more importantly, how did you overcome it?

Recently, I got the chance to hang out with some great folks at Overhang in Prince George, BC. Overhang is an indoor climbing centre, but they also specialize in outdoor safety, and wilderness recreation. Now, they are also the ones responsible for helping me overcome a fear like I never have before.

Maybe Iâ€™m getting ahead of myself.

While in the Prince George area, I had mentioned that I was looking for a little adventure, which is part of my early, self-diagnosed onset of mid-life crisis, which seems to be hitting about 18 years too early. But I was looking for adventure and Overhang was the place to get it. I met up with Overhangâ€™s co-owner, Lauren Phillips and one of the gymâ€™s frequent climbers, Anthony and quickly drove out to rock cliffs, which were on the edge of the beautiful Eaglet lake.

That morning, not one iota of myself was nervous. Iâ€™ve been having an amazing summer and today would be just like all the others. Even at the base of the cliff, I was fine. Putting on my harness, fine. My first few steps, also fine. But then, halfway up, I did what you should probably never do when youâ€™re rock climbing and looked down. Why did I look down? Who knows. Who knows why I do anything that most people deem as scary. I looked down and then I froze. While frozen to the edge of rock, I tried to get â€œlet it goâ€ out of my head and began to think about all the decisions Iâ€™ve made in my life that lead me to being stuck on the side of this rock cliff in the middle of British Columbia. â€œI really didnâ€™t think this through,” I yelled.

Rock climbing does tricky things to the brain. If you trust who youâ€™re with, you literally canâ€™t fall. Itâ€™s practically impossible. You’re hooked and tied into the rock so many different ways, that you would have to bring a saw and spend hours cutting the rope to even begin to fall. So practically, you already know that youâ€™re not going to fall. The problem is, of course, that you spend every second of rock climbing thinking youâ€™re going to fall. You think youâ€™re going to be the one person that all these ropes are going to fail. 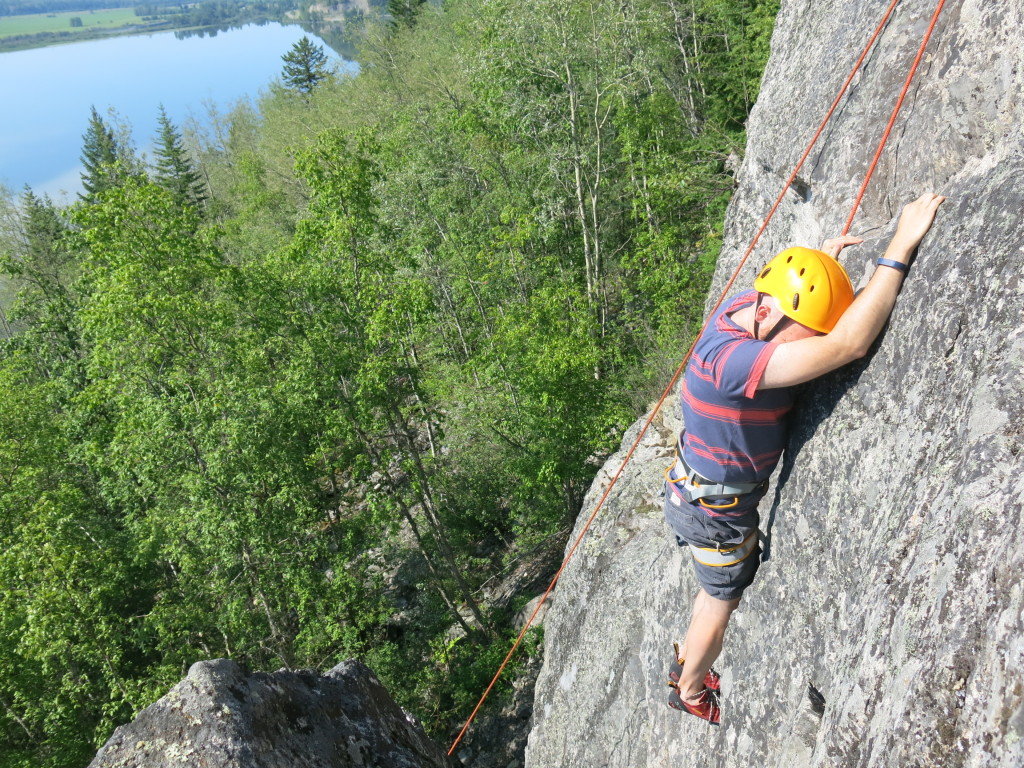 I have to tell you, I really thought I wasnâ€™t going to make it. I mean, I knew I wouldnâ€™t get hurt, but I honestly didnâ€™t think I would be able to climb the rock face. It was hard, hot and scary. Iâ€™ve purposely built my life to avoid all three of those things and yet, here I was hanging over the edge of a cliff, trying to climb it. During my first climb, I have to be honest, I gave myself a lot of pep talks that day. â€œYou can do it.â€ â€œDonâ€™t stop.â€ â€œWhat would Bruce Willis do?â€

The thrill of rock climbing likely comes from Hollywood. How often have you seen your favourite movie star clinging to something, holding on for dear life, only to somehow muster up the strength and end up saving both their own life and the day. Well, thatâ€™s what rock climbing simulatesâ€¦or is it the other way around? How often in life do you get to climb something that you know you shouldnâ€™t and every now and then feel like youâ€™re hanging on for dear life? Well, I should hope not too often.

So here I was pretending that I was a movie star clinging on to the edge of a volcano or something. (I have a very active imagination). The other way I motivated myself was by pretending Iâ€™m on a reality show. If this was the Amazing Race or Survivor, and money was on the line, I would probably do it in no time. Money motivates me like nothing else, probably because I donâ€™t have any. So, whenever I need to do something hard, I pretend Iâ€™m doing it for a reality show. 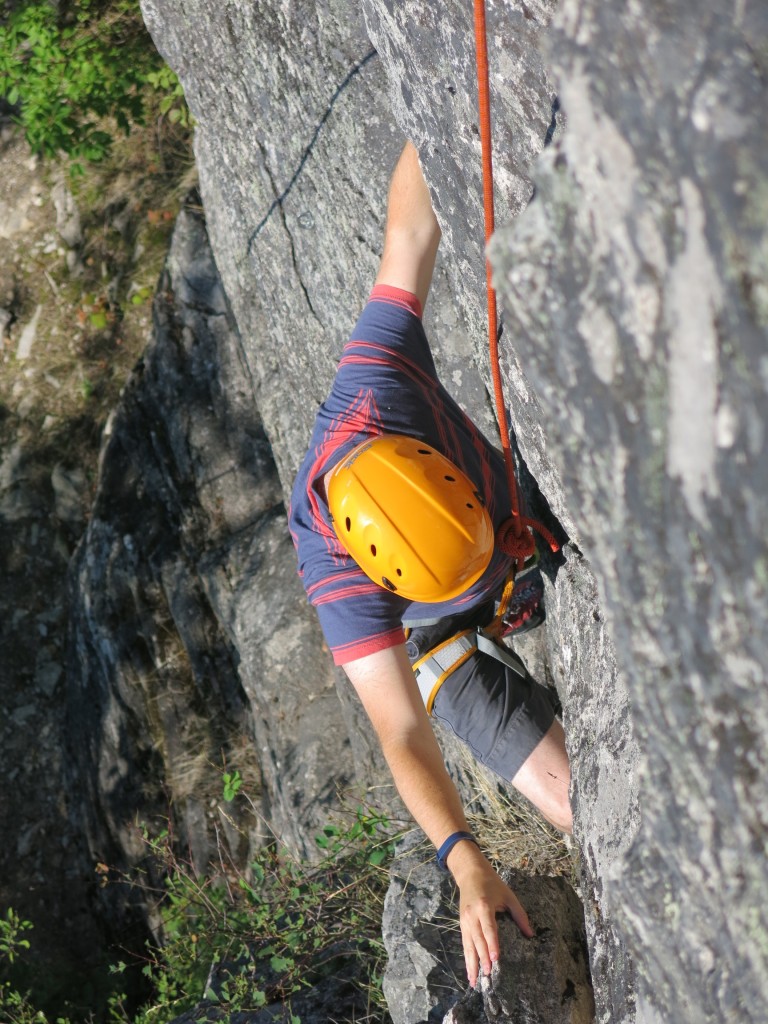 But that scary feeling I was telling you about? It completely washes away the first time your skinny little fingers reach over the edge of the cliff and you can begin to pull yourself up to the top. Iâ€™ve never had kids, but that feeling that â€œyouâ€™ve made itâ€ is one of the best feelings Iâ€™ve ever had in my life. And I think I can see why rock climbers essentially become obsessed with the sport, because even though I was terrified the first time, I found myself trying a different route a second and then third time. All of them were hard and scary, but they also came with an unmatched feeling of accomplishment, which is something that Iâ€™ll never forget. 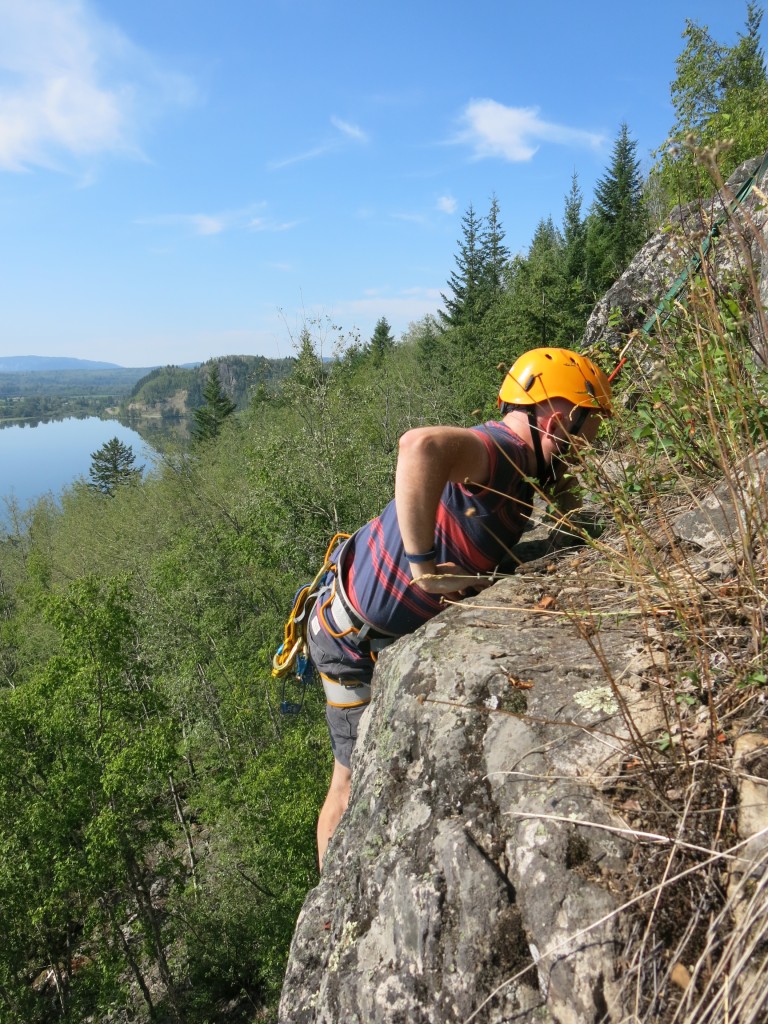 I think thatâ€™s why I like the idea of rock climbing as an excellent vacation idea. Even if youâ€™re planning a relaxing few days in the Prince George area, a quick rock climbing adventure is thrilling, exciting and yes, a little humbling. And, if nothing else, it will help you appreciate the ground in a way that you never have before. 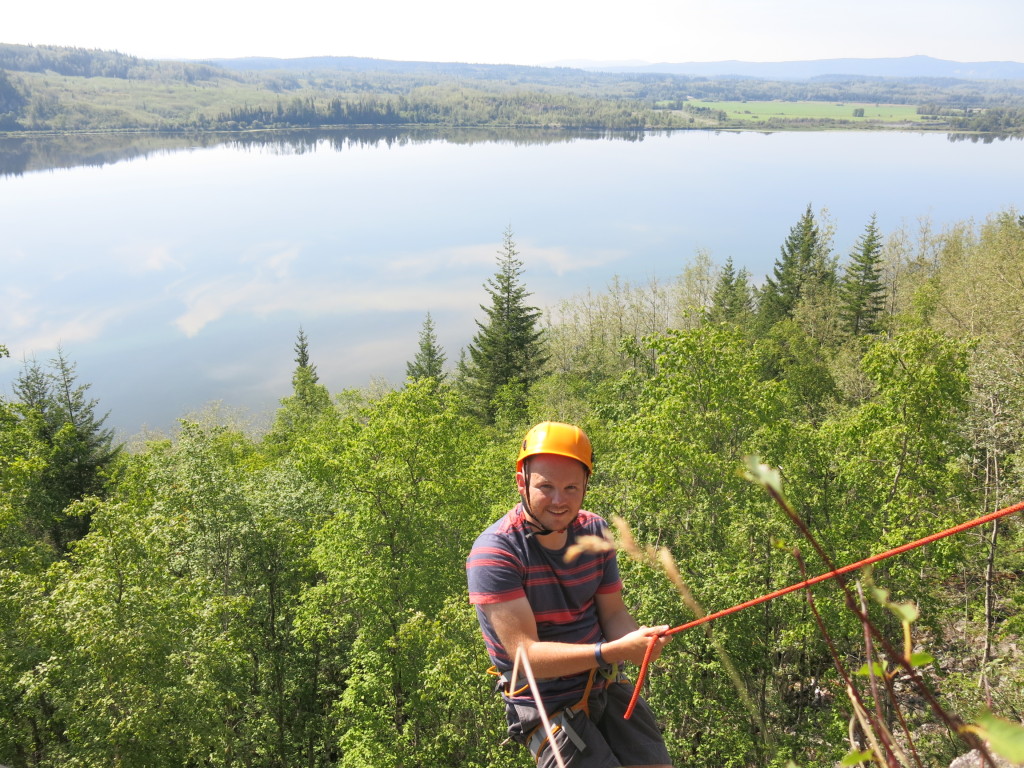 Everyone is different, but rappellingÂ was definitely the scariest part of rock climbing. That’s when you completely let go and hope that the rope is really going to hold you! Â Luckily I had a pretty view while I was holding on for dear life. 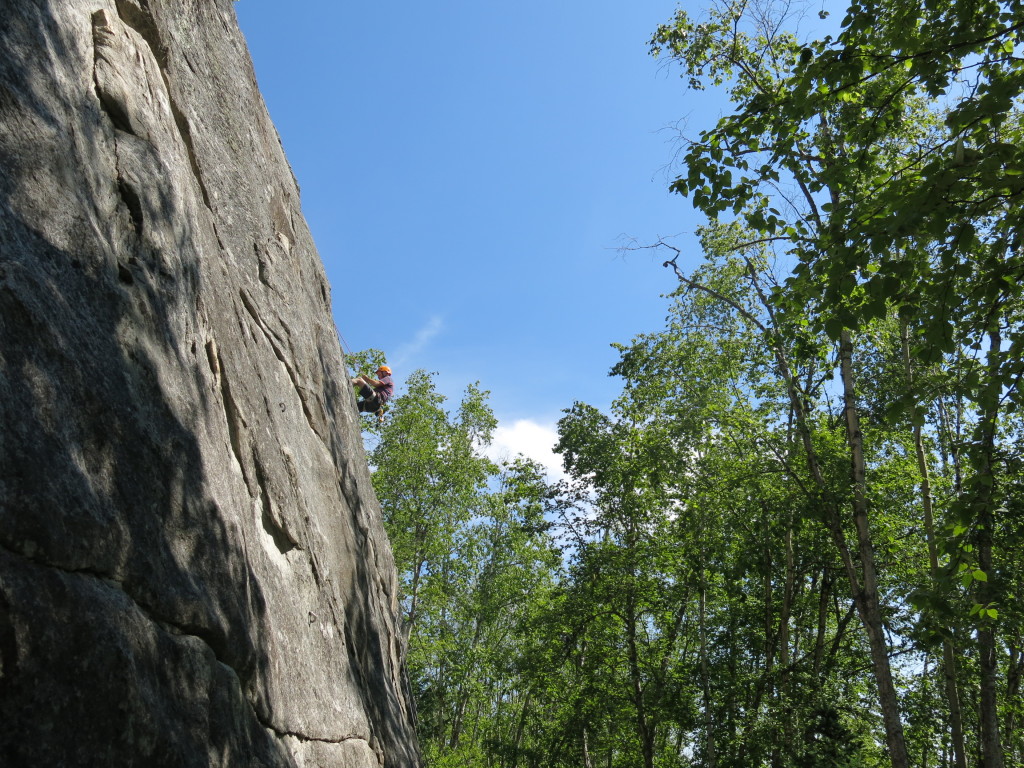 So hard. So hot. So rewarding. 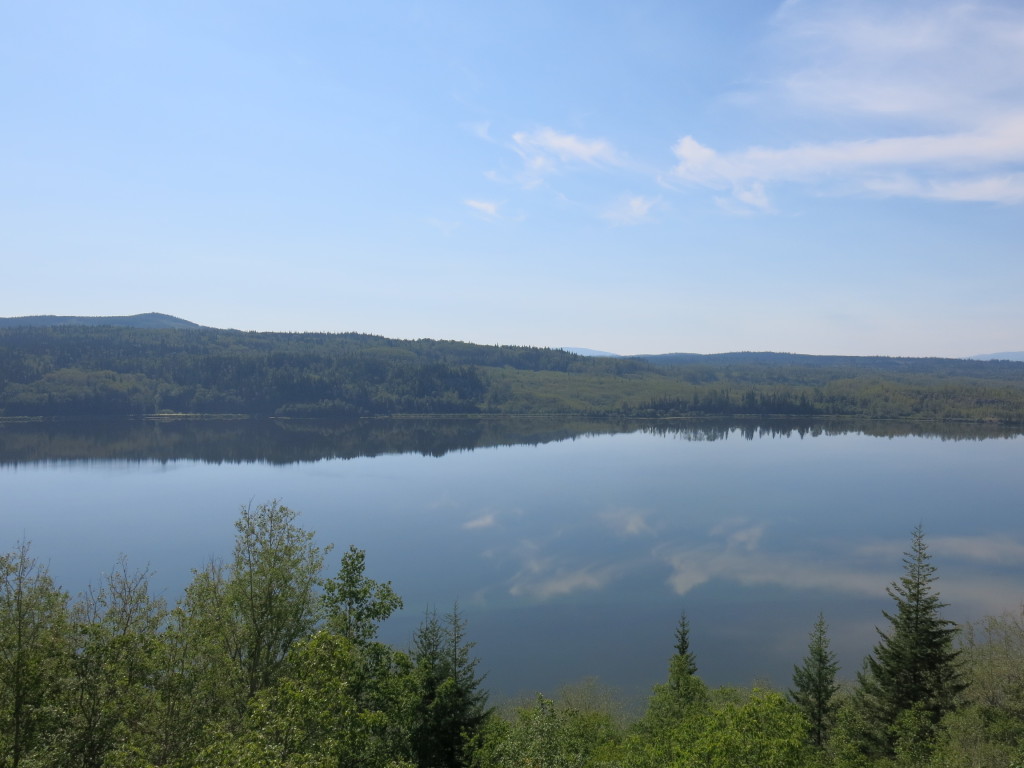 The reward for making it to the top is this stunning view of Eaglet Lake.

Check out the other exciting things Prince George has to offer year-round!