Now I know you are all wondering, what does Michael think of this? Why else would you be here? Well let me tell you: I figure as long as creator Shonda Rhimes sticks with both shows I don’t see how it can go wrong. Addison was originally only supposed to be on Grey’s for a couple episodes, but Kate Walsh obviously kicked ass so they kept her.

But what will her own show be about? More importantly, how can I fit myself into it 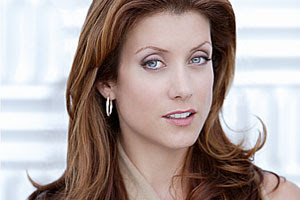 ? Obviously, the show will be medically based, maybe she will move back to NYC and try to make it on her own, seeing as how in her short time she has already seen three different sets of tonsils besides her own. So single successful woman moves to NYC to re-start her life. I don’t think she should do this on her own, so this is where her “so-far” unmentioned brother (myself) fits in. Being bald, I already come with a built in cancer story line, which can probably be milked for an entire season. Really I would only want to be on one season, I don’t want to outshine the star of the show. I would be the person that brings Addison back to reality whenever she thought her life was unbearably tough, she would come home and I would be on the couch, surviving the cancer, and she would realize that at the end of the day, family is where it’s at.

This is gold people, gold.

I wonder what other characters she will have on her show? Who will be the first Seattle Grace employee to make an appearance? Shonda call me, we’ll do lunch.