A reason to stay Home 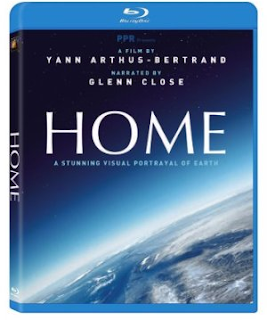 Did you know that today,June 5, is World Environment Day!?!?!

To celebrate you should buy me something.
A possible suggestion would be the new documentaryÂ ‘Home‘, which is being released simultaneously in movie theaters, on TV, Blu-ray, DVD and online today!!!
The doc was shot in HD in 54 countries and 120 locations over 217 days, the all-aerial filming style highlights the Earth’s wonders as well as its wounds and provides a perspective to approach the changing environment. Â  Oh and let’s not forget that the movie is narrated by my fake-grandmother Glenn Close.
Proceeds from the world launch will go, after production costs are covered, to the GoodPlanet organization run by film director Yann Arthus-Bertrand. Â Â
You can watch the whole film for free (with English, French, German or Spanish narration) until June 14 here. It will also air on National GeographicÂ channelÂ tonight.
Great idea for a rainy weekend.