A Practical Guide for the Unlikely Stampeders Fan!

When you think of Mikeâ€™s Bloggity Blog, Iâ€™m guessing you donâ€™t really think of me as a football fan, right?Â  Well, I donâ€™t blame you. Besides memorizing all five seasons of Friday Night Lights, football is just something thatâ€™s never come across my radar. Â But since Iâ€™ve been living in Calgary for almost eight years, Iâ€™ve been looking for different things to do and the chants and roars coming from McMahon were eventually to loud to ignore.

Recently, for the first time ever, I got a chance to check out the Stampeders in action.Â  And ahead of their upcoming Labour Day Classic against the Edmonton Eskimos, I thought Iâ€™d let you know some great ways that you can enjoy the big game, even if you donâ€™t know a lick about football. 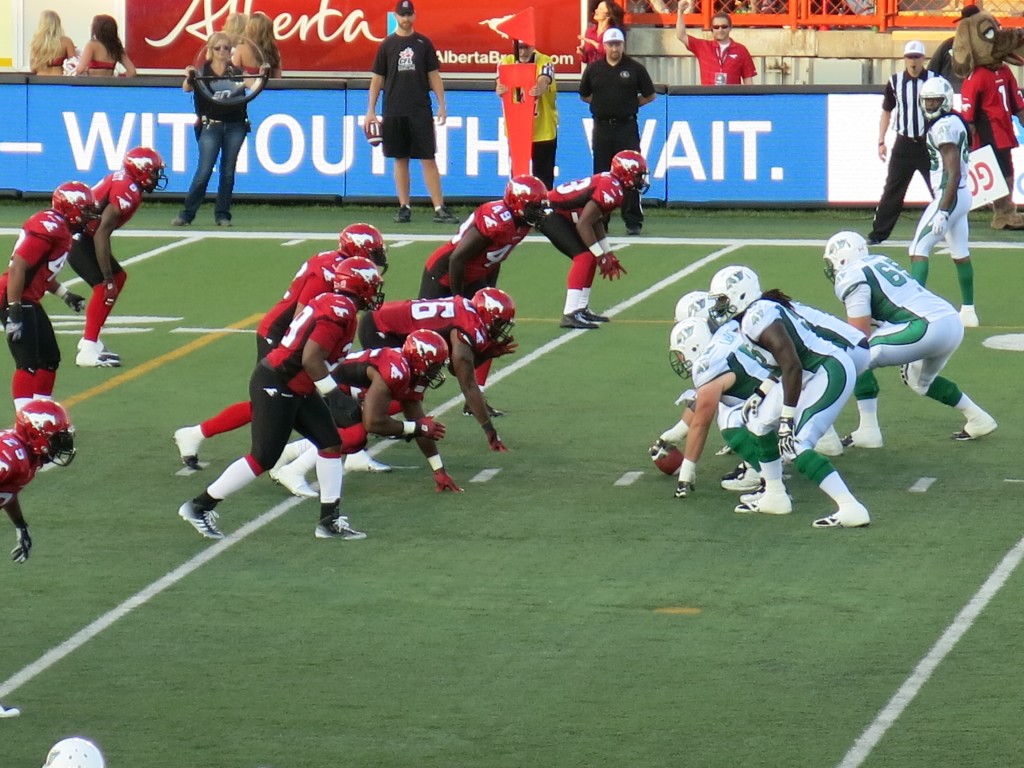 If there is one thing you need to know about me, itâ€™s that Iâ€™ve never met a 50/50 draw that I havenâ€™t wanted to settle down with, marry, buy a house and have kids with.Â Â  While the fundraising device is popular with community groups and scout troops, we all know the most lucrative 50/50 draws always happen at sporting events.Â  While the odds are raised, the prize is often sky-high and the fact that someone in that stadium is actually going to walk about away with a huge amount of money?Â  Well, thatâ€™s just something I canâ€™t pass up.

The Stampedersâ€™ game that I went to had a prize of $40,197.00!Â  Thatâ€™s the total after itâ€™s already been split. Â I mean, come on, thatâ€™s crazy.Â  Buying a 50/50 ticket just so you can have a chance at winning that much money is worth the price of admission alone. Sure, you can sleep better at night knowing that the other 50% of the pool goes to the Stampeders Foundation, which helps to improve the lives of Calgary and southern Alberta residents through grassroots/minor football, education programs as well as health and wellness projects, but youâ€™ll sleep even better when youâ€™re in your amazing new home that you were easily able to put the down payment on thanks to your winnings at the Stamps game. 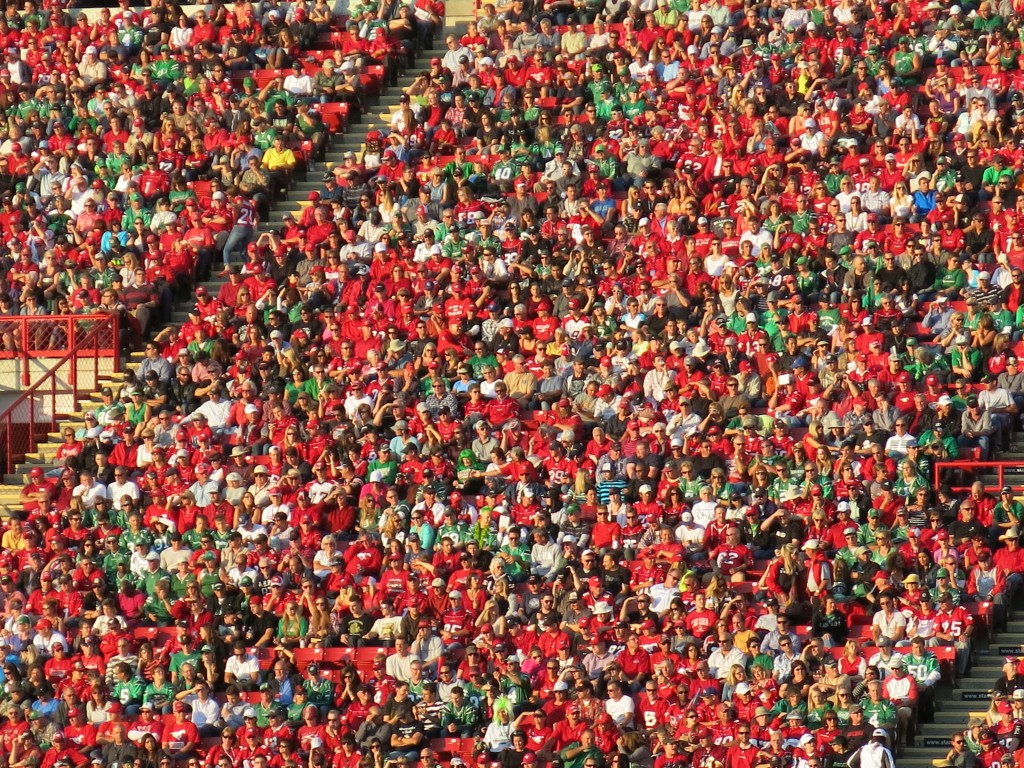 Pick a Seat, any seat.Â

Since McMahan stadium is wide open to the elements, preparation is key.Â  Blazing sun, heavy rain, thick white snow, the Stamps play through it all and, as it turns out, so do their fans.Â  Before buying your seats, take advantage of extended forecasts and try to see what the weather might look like. Of course, this is Calgary and the weather changes every five minutes, but if you have a general idea of what youâ€™ll be going up against, youâ€™ll be better prepared and dress accordingly.

Even though Iâ€™ve only been to one game, I could see how the weather can play a big role in making sure you get the most out of your Stampeders experience. If youâ€™re going on a cooler day, I suggest somewhere on the east side of the stadium (sections X, W, V, U.) From what I could tell, the sun shines on those sections the most, so even if itâ€™s cold out, as long as youâ€™re out of the shadows, the sun will help to keep you warm.

The game I went to was a sunny and hot evening, so a little shade was appreciated, especially because I forgot my sunglasses. This weekendâ€™s forecast calls for a warm Labour Day and since the game starts at 3:00pm, when it feels like the sun is often at its brightest, I might suggest that you check out tickets in the west side of the stadium. While the sun can be nice, it can be pretty blinding, so the west side offers up some fantastic seats that lets you see all the action, without being blinded.

To me, another advantage of the west side of the stadium is that you are dealing with far less people, since many of have found their seats, long before you get to sections A, B, C, D and E.Â Â  That means smaller lines for all the aforementioned things like food, beer and most importantly, 50/50. 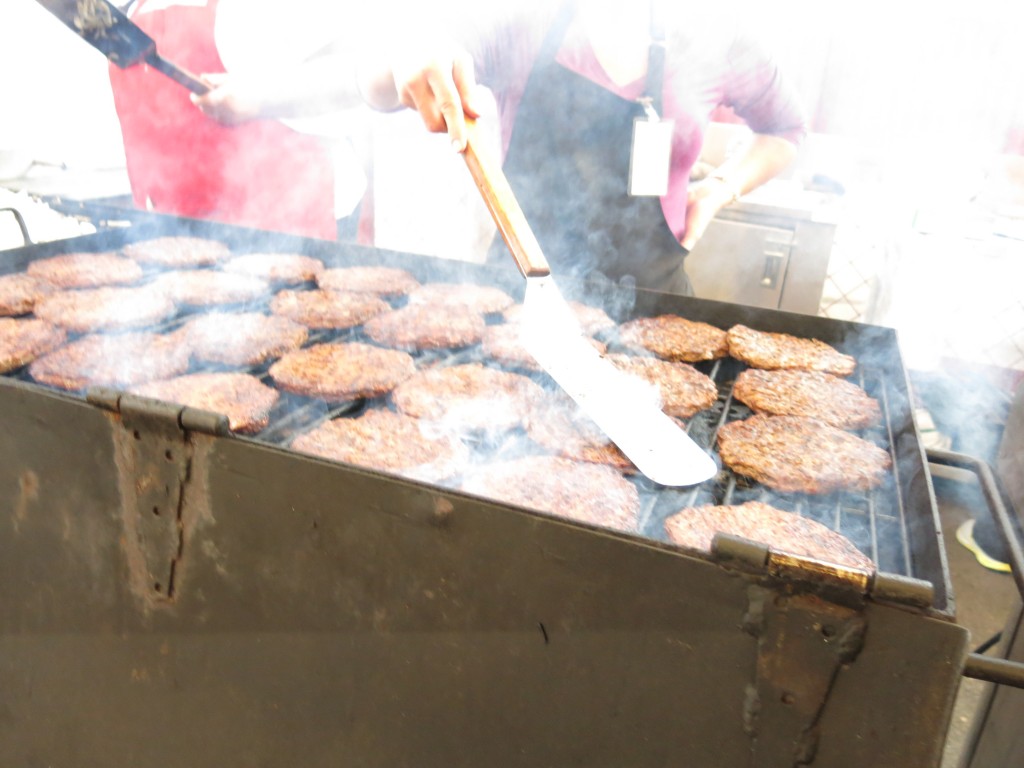 In this health conscious world, stadium sports offers a retreat for those looking to live a little and enjoy stadium staples like nachos, popcorn and of course, cold beer.Â  Hereâ€™s what I learned about getting the most of the football delicacies.

–Bring cash! As with most big events, the lines at ATMs are disastrously long. Bringing cash helps you avoid one long ling and the service fees too.
–Grill it up!Â  The advantage of McMahon Stadium being outside is that there are some awesome foods being grilled up throughout the game.Â  Go to all four corners and look for the grills cooking up some beefy goodness.Â  Iâ€™m no foodie, but the burgers and sausages were amazing.
–Bring a buddy!Â  When it comes to grabbing your beer for the game, along with the grub, itâ€™s way too much for one person.
– Express pass! All throughout the concourse, youâ€™ll find people selling express beer tickets, those tickets help you jump the long lines for Canadaâ€™s national drink and gets you back to your seat faster.Â  I figured this out too late, but I wonâ€™t make the same mistake next time. 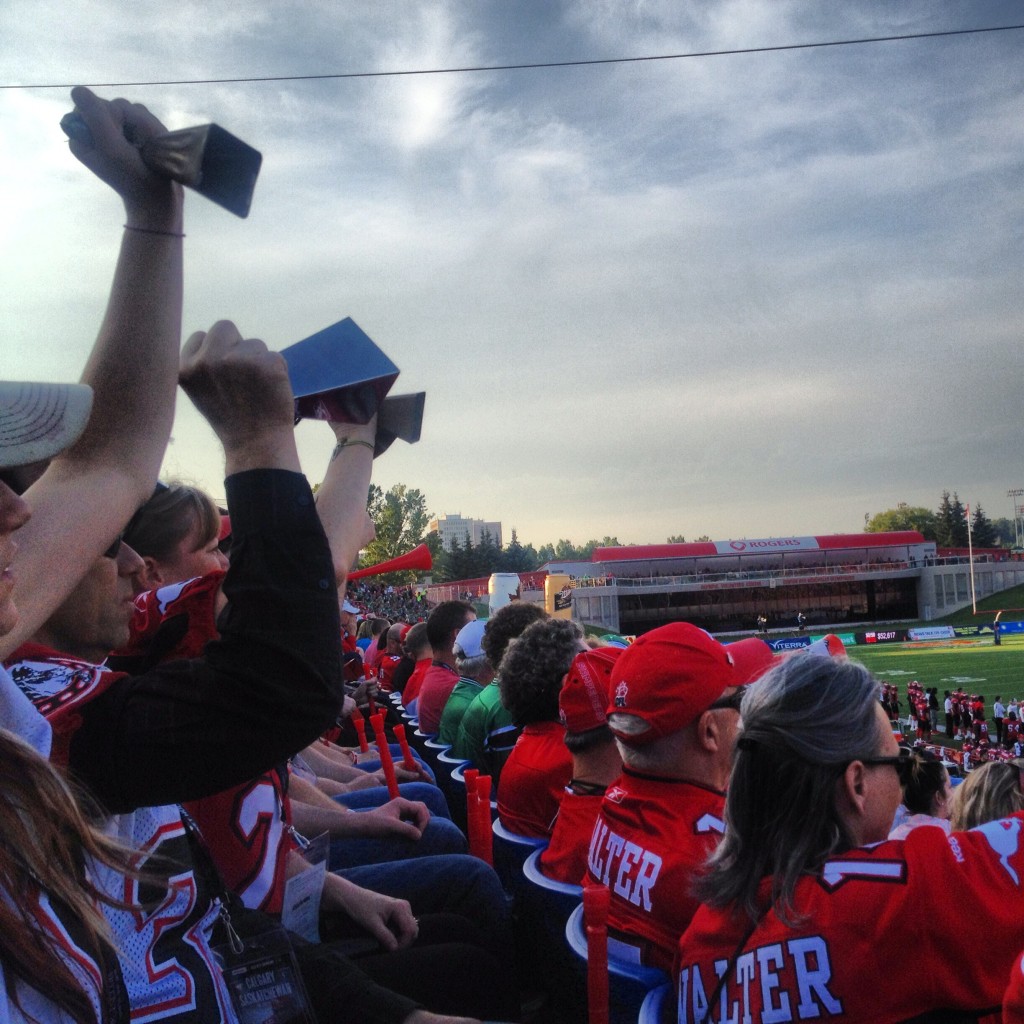 More Cowbell!
To cowbell, or not to cowbell, that is the question. At least, it is if youâ€™re going to a Stamps game.Â  The first thing you have to know is that the constant ringing of the cowbell is inevitable and unavoidable.Â  Fans use it to apparently distract the other team as they are making a play.Â  So letâ€™s assume that 50% of the time the opposing team has the ball, which adds up to a lot of very loud cowbell.Â  A Stamps newbie could be annoyed by the noise. So if you think that might be you, bring earplugs.Â  Thereâ€™s no point in thinking that the fans will stop, if there is one thing that football fans love, itâ€™s tradition and the cowbell is a part of that tradition.

Or, instead of earplugs, you can embrace it and bring your own cowbell.Â  Youâ€™ll be surprised how quickly you get the hang of anonymously heckling the opposing team and how therapeutic it feels to ring the hell out of something, along side of thousands of other people.Â  So, as Will Ferrell so poignantly once said: More cowbell! 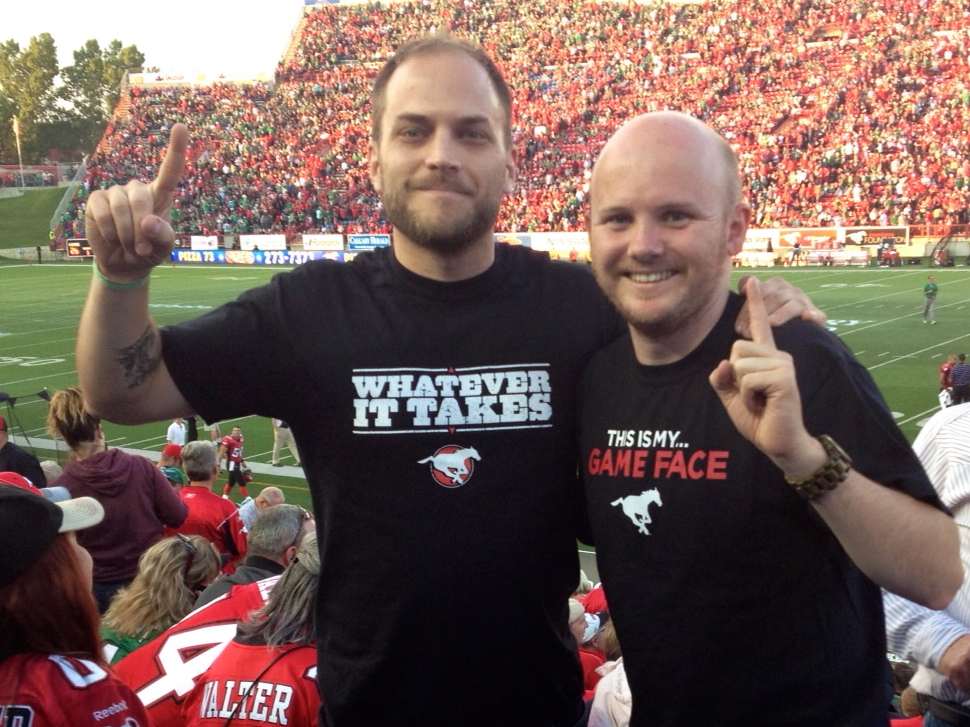 Have fun!
Of course, all these tips are meant to just add to your Stamps experience, which on its own is wonderfully fun and awesomely exciting, even if youâ€™re like me and donâ€™t really understand the game completely.Â  (But if you do want to know more about the game, you can find an awesome Football 101 guide on the Stampsâ€™ website.)

Now that youâ€™ve been prepped for your first Stamps game, make sure you get tickets to this weekendâ€™s Labour Day Classic.Â  Itâ€™s the battle of Alberta, when Drew Tate and his team take on the Edmonton Eskimos, so you know itâ€™s going to be a blast.