A hobo with a what? 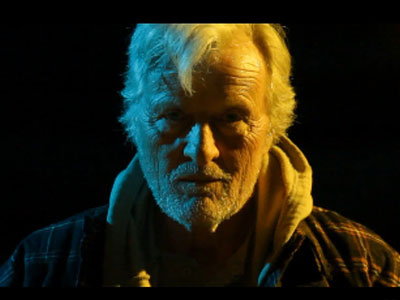 Okay, I’m warning you now.Â  The trailer below is R-RATED.Â  Like, really, really R-rated.Â  But I’m not just posting it because it looks wickedly disgusting.Â  I’m posting it because, like me, the film is from the Maritimes and it might, I said might, just top the Trailer Park Boys and Street Cents as our proudest achievement to the entertainment world.

The movie is called Hobo With A Shotgun and while the title may be funny, the trailer is all sorts of blood, guts and gore.Â  If you’ve never seen an r-rated trailer, I don’t know if this is the one that you want to be your first.Â  After all, no one likes their first.

But first, some background. Remember a few years ago when Quentin Tarantino and Robert Rodriguez teamed up to make GrindHouse?Â  In between the two movies, there were a series of fake trailers for movies that were never meant to see the light of day.Â  One of those trailers was for a movie called Hobo With A Shotgun, which had won the right to be shown to millions after winning an international competition.

Flash forward three years later and Hobo With A Shotgun is filming on the streets of Halifax and after that blowing the critics away at Sundance. The film is getting a major distribution and seems to have already established cult status before it’s even been released!Â  It’s so beloved, that it already has a 100% rating on Rotten Tomatoes.Â  (The King’s Speech peaked at 95%.)Â  Variety left the film seemingly drooling for more, “There’s simply no end to the squishy bloodletting, with even expository phone conversations taking place in the foreground of bizarre tortures and beatings.”

So now that I feel like you’ve been sufficiently warned, ladies and gentleman, may I present to you the trailer for A Hobo With A Shotgun!

A Hobo With A Shotgun opens around the country next week!

Thanks to The Zwicker for the link!

halifax, hobo with a shotgun, movies