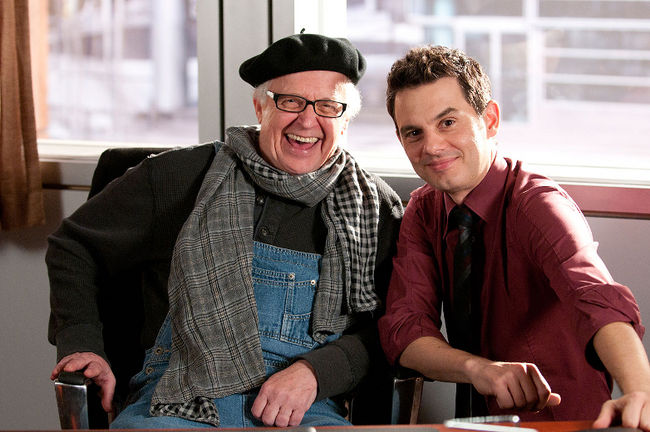 If your life has felt like an empty void since Corner Gas ended it’s six season run, this next one is for you.

Eric Peterson, who played Oscar on Corner Gas will soon be popping by another CTV series Dan For Mayor.  That show stars former Corner Gas-er Fred Ewanuick. And since Brent Butt’s Hiccups airs right before, it’s really like Corner Gas is back for an entire hour.  Okay, it’s a bit of a stretch.

In Sunday’s episode Peterson will actually not just being going around  calling people jackass, instead he’ll be playing an eccentric sculptor hired by the city to help with their public image.

The ratings for this season of Dan For Mayor have only been so-so, so here’s hoping the mini-Corner Gas reunion gives the show a little bit of an uptick.