A Christmas Carol: A trip down memory lane. 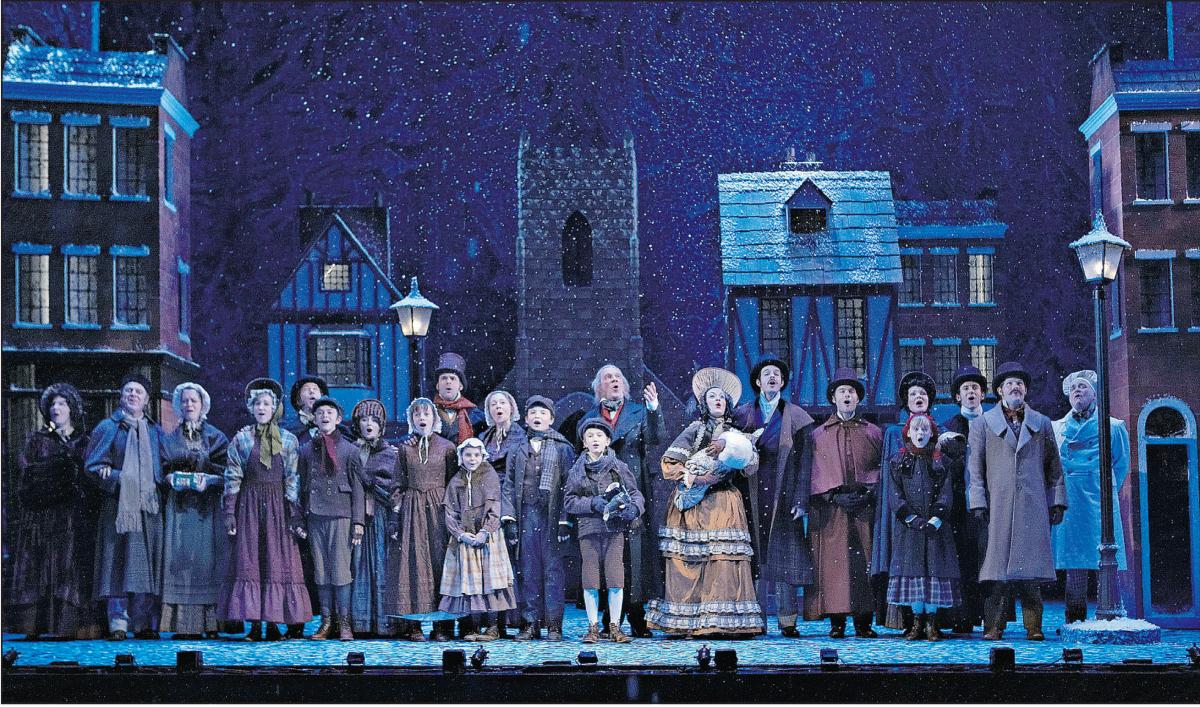 The production of A Christmas Carol is a long-standing holiday tradition in Calgary. In fact, with this weekendâ€™s opening of Theatre Calgaryâ€™s production, itâ€™s been staged now for twenty-five straight years. And, thanks to a hearty $1-million donation from a local family, the show still breathes life as fresh as the Ghost of Christmas Present.

During the showâ€™s premiere I was struck by how A Christmas Carol is as relevant and poignant as itâ€™s been now for 168 years. In fact, regardless of where in Canada you see a production of Charles Dickensâ€™ classic Christmas tale, few plays possess limitless joy and encourage self-reflection like A Christmas Carol.

Like Scrooge himself, I need to go back in time in order to understand my appreciation of the story. Long before cell phones, Buffy and fully receded hairlines, I once played Tiny Tim in a touring production of the show with Theatre New Brunswick. I had zero acting experience and only got the part when director Michael Shamata noticed me in the audience of another play. Ignoring the fact that â€œlooking like Tiny Timâ€ essentially meant â€œlooking sickly, verging on death,â€ I was excited by the idea of getting paid to miss school. As a child actor, unless youâ€™re Dakota Fanning, this is surely your #1 priority. My clearest memory is of my first rehearsal. Not even really knowing what a rehearsal was, I was intimidated when I first met Douglas Campbell who, of course, was playing Scrooge (it wasnâ€™t until years later that I realized Iâ€™d been working with a Canadian acting legend). Scroogeâ€™s first scene with me involved him yelling; this is fairly typical of A Christmas Carol, actually. Not really understanding what acting was I assumed he was yelling at me personally, and so I literally ran out of the rehearsal hall in tears. In that moment I can only imagine what Campbell was thinking about me. The next three months were a blur of shows, touring around New Brunswick, and visiting what I considered to be major metropolises like Moncton, St. John and Bathurst. I was also afforded the opportunity of hanging out with people who were way older than me, listening as they talked about things that, even to this day, Iâ€™m not sure I understand. (As a kid I took things very literally, so you can imagine my confusion when Iâ€™d spend hours listening to the actors and the crew talking about very adult things.) After the final curtain fell on the production A Christmas Carol remained part of my life. Iâ€™ve received the book as a gift on numerous occasions, accumulated countless Charles Dickens themed ornaments and, yes, A Muppetâ€™s Christmas Carol remains one of my favourite holiday offerings. 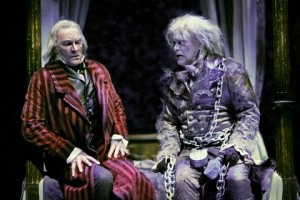 Years later, seeing A Christmas Carol triggered long-forgotten memories. Good theatre should make you smileâ€”and Theatre Calgaryâ€™s production of A Christmas Carol did just that, especially as I watched the kids walk on stage for the first time and look into the audience and realize the importance of their roles. I smiled as the precocious Aidan Hamilton, who played Tiny Tim, walked off stage forgetting to use his crutch, and the merriment and joy of the Fezziwig party was such that it was all I could do not to get on stage and join in. I also smiled looking at the other audience members doing the exact same thing, whether it was the normally snarky theatre critic sitting in front of me or the little kid next to me whose eyes were wide with wonder the entire night, no doubt amazed by the real-life movie unfolding before him.

Theatre Calgaryâ€™s production will run until December 24th and no doubt thereâ€™s a version playing around the corner from where you live, too. Wherever it is, however big or small, A Christmas Carol is a story that will resonate no matter how old you feel you are.