5 questions about the Price is Right Live: ANSWERED.

This week, The Price is Right Live announced that they’ll be bringing their stage show across the western half of Canada for a series of shows that will no doubt have long time fans lined up to play their favourite games.

But what the heck is The Price is Right Live, here’s some answers to your burning questions.

Will Drew Carey be there?
No, but Mark Walberg will be. No, not that Mark Wahlberg, Mark Walberg, the guy who hosts Antique Roadshow.

Can I win a car?
Hmmmâ€¦maybe a Kia. But I wouldnâ€™t expect a corvette or anything like that. The reason the actual show gets such great prizes is because of advertising and sponsorships, since it airs across North America. Companies are probably less likely to give up the real goods for a non-televised event. But that being said, past prizes are similar events have included: appliances, pool tables, vacations and yes, even a car or two.

Does buying a ticket mean that Iâ€™ll get to play?
No, according to the press release â€œTicket purchase will not increase your chances of being selected to play.â€ If it works the same way as the Vegas show, all the contestants will be chosen completely at random. They arenâ€™t pre-selected or interviewed like on the real show. Since itâ€™s not airing on TV, producers are likely not as concerned about finding TV-ready folk. Itâ€™s completely random, which might make waiting to hear your name even more exciting. 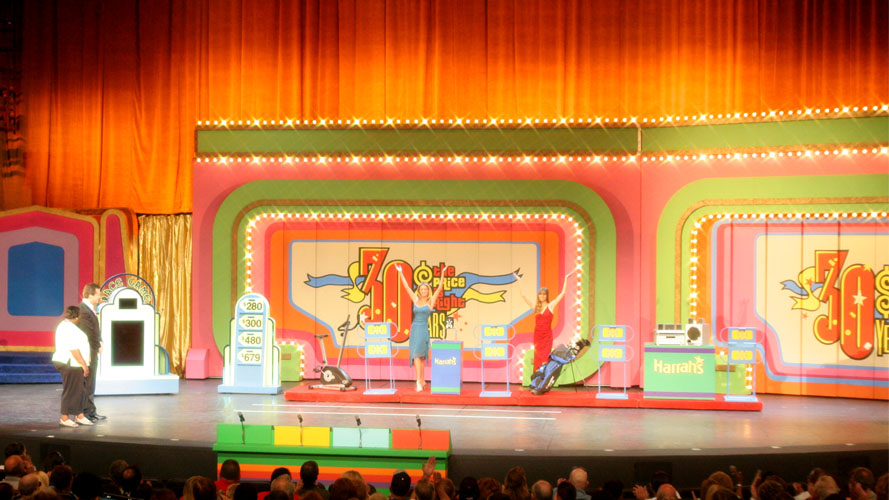 What games will people be able to play?
Everything from Plinko to Cliffhangers and the Big Wheel are played, just like on the TV show. The Price is Right Live is produced by the same company that does American Idol, The X Factor and Americaâ€™s Got Talent, so you know itâ€™ll at least look good.

Do I have to get my pet spayed or neutered?
To get on the show? No, but you should anyway.

Tickets are available on Ticketmaster.