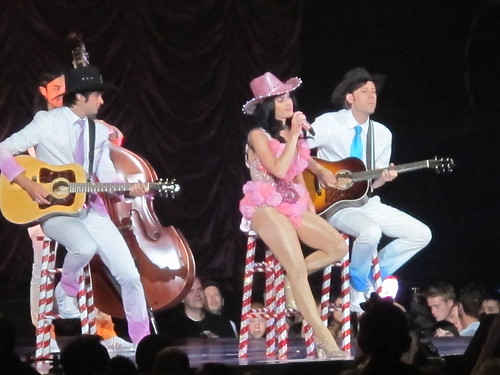 When it was first announced that Katy Perry was coming to Calgary for the Stampede, I believe my initial reaction was a resounding “meh.” While I had downloaded some of her songs in the past, I couldn’t imagine Russel Brand’s wife would able to justify an entire concert.Â Â  When the show almost immediately sold out the Saddledome, I was left in shock. Really?Â  Did that many people want to see Katy Perry? Apparently so. Which meant that I immediately had to go.

Luckily the super nice folks at Ubisoft, whose Just Dance 2 will feature Katy Perry songs, had some tickets lying around so I got go, but it still felt like I was going more out of curiousity than actual excitment.

Once the show started, I don’t really know how it happened, but I looked to my friend and I said “I’m in!”Â  I felt like my membership to Team Perry was signed almost immediately and now the next morning, I’m still kinda surprised how much I loved the Teenage Dream concert.

Here are the three reasons why I fell in love: 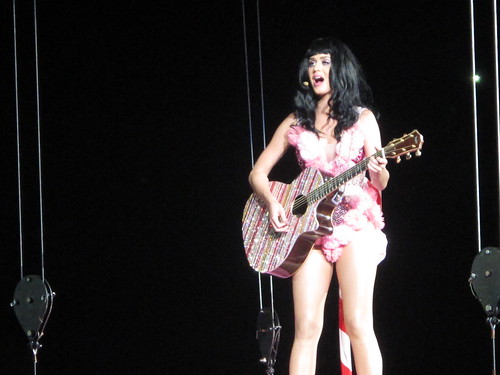 1. Live.Â  Do you know how many pop acts can sing and dance and still live nowadays?Â  Not very many.Â  The fact that Katy really sang throughout the entire show, was impressive, which is really a sad statement on today’s entertainment, but that’s something Rolling Stone can write about.Â  For me, it was amazing to hear that she actually has an amazing voice that was all too often drowned out by the huge production numbers. 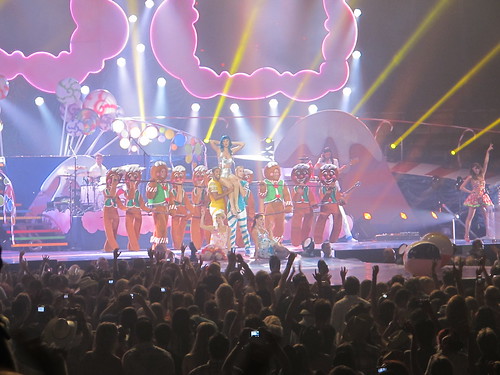 2. Theatrics. Speaking of the big production numbers, the set was like a giant Candy Land game.Â  (Not that I’ve ever played Candy Land….) I can only describe it being as like a show on Broadway but with thousands of people screaming, yelling, dancing and taking photos. Rarely did we sit, mostly because we were having too much fun, with my short attention span, that my friends is a miracle. 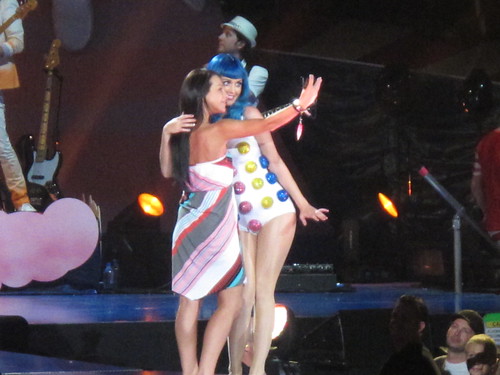 3. Fans. One thing that Katy Perry loves is her fans and it shows.Â  It’s no secret that the music industry is in trouble, people don’t have to buy music anymore, so if you don’t love and support your fans, why should they support you.Â  The show was filled with special moments just for Katy’s admirers.Â  Calling up a “hot cowboy” or instigating an impromptu dance party with dozens of fans on stage, are moments that many who saw the show won’t ever forget. 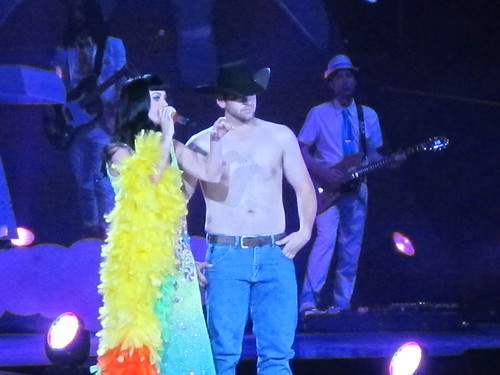 For years I had mistakenly put Katy Perry in the same crowd as Lady Gaga, but now I see how wrong I was.Â  While Gaga relies on shock value to keep your interest, Katy Perry does it by just being herself.Â  Now that’s what I call a role model.