One of my favourite things about having my own blog is being able to look back over the past eight years and seeing all the things that have happened since I started this it. Â It’s sort of like a time capsule. Like, did you know that I used to live-blog American Idol?! Â Why would I do that. How times have changed.

So this blog post isn’t that important, except that I want to remember the @electdanielle Twitter account. Â Danielle Smith was the leader of the Wildrose Party, who, for whatever reason (fear, cowardice, exhaustion) gave up on her own party and joined Jim Prentice and the PC party. If you’ve followed me at all, you know that both of these leaders have struggled with equality and for that reason alone, I have a lot of problems with both of them.Â Both of these politicians are playing politics with theÂ lives of Alberta’s LGTBQ youthÂ and I want those kids to know that.

Now, as someone who teaches social media, I have to wonder why she would do that? Â I mean, anyone can log into their Twitter account and change their user name. The only reason I can think that someone would want to delete a Twitter account is that there is so many things that they want to delete, the only way to sleep at night is to delete your own account. It’s sort of like going bankrupt. Morally or financial.

Anyway, because I hate when people lie and turn their back on people, I want to highlight all the things Danielle Smith probably lied about on Twitter since Jim Prentice became premier. Â I use this specific timeline because only a few weeks after saying these things about him, she said he’s the leader that Alberta needs and crossed the floor, making her @electdanielle Twitter handle more ironic than ever.

So yes, this post isn’t that positive, nor is about Degrassi, but I wanted to keep a good record of this, you know, just in case. 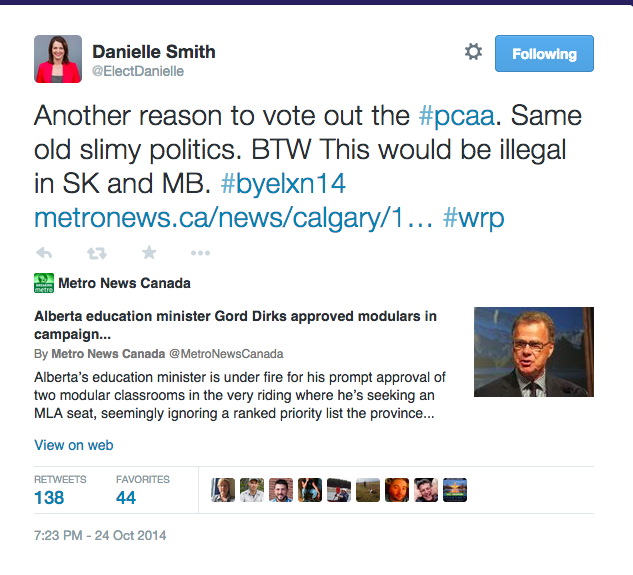 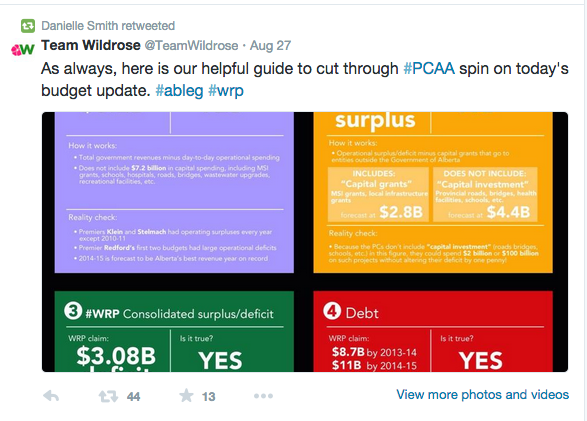 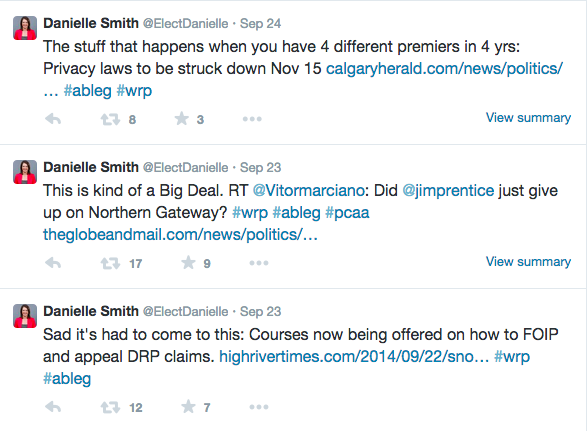 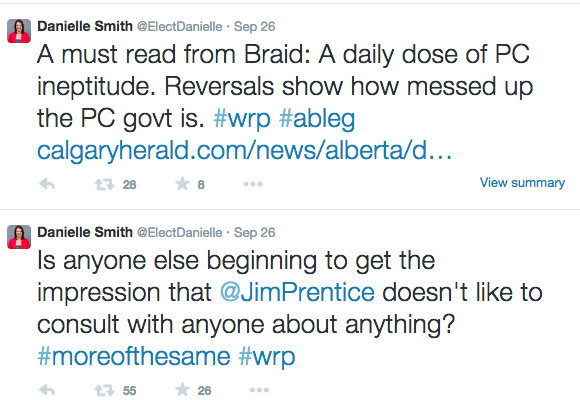 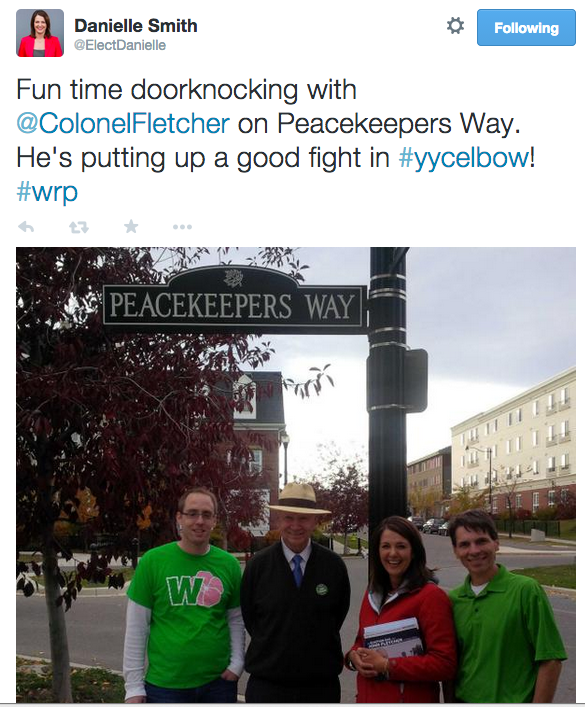 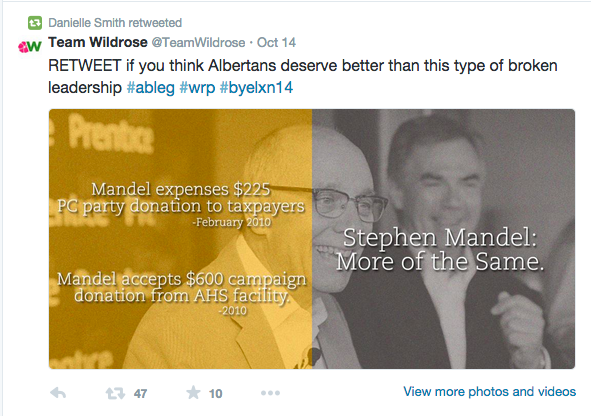 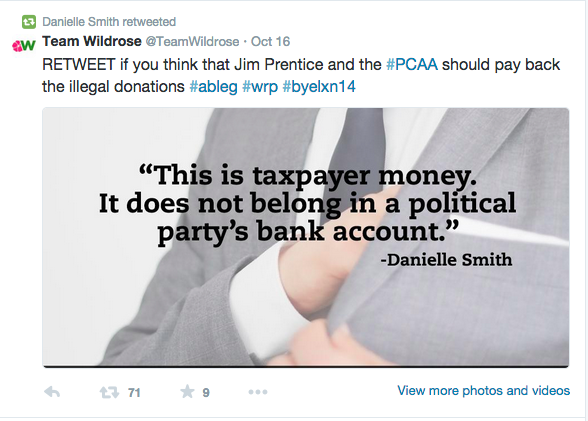 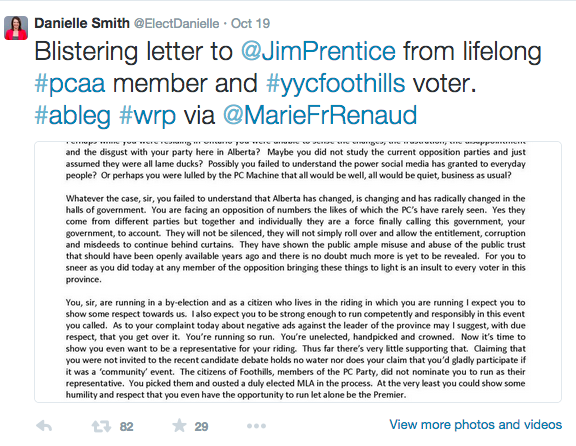 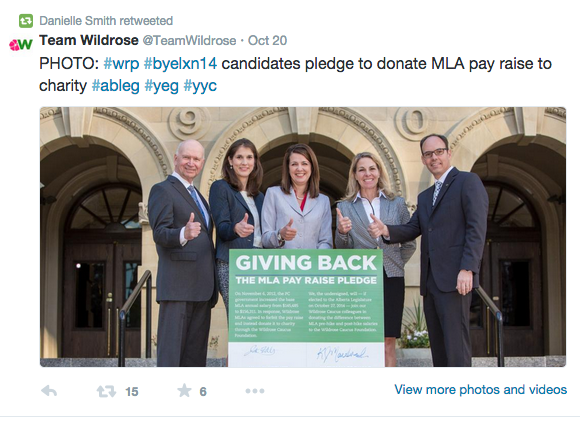