>It’s only 68 more sleeps until the 24 movie airs on FOX. It’s called 24: Redeption and the DVD will actually have it’s release the very next day! We haven’t seen Jack Bauer and Chloe since May 2007! The 2-hour movie will bridge the 6th and 7th season’s of the thrilling if not completely unrealistic show. 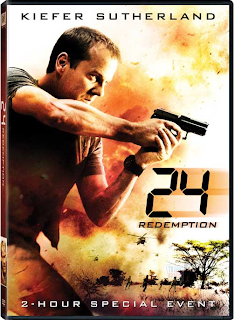 Update: Just found this rough cut for the trailer of the new 24 movie. Check it out below: