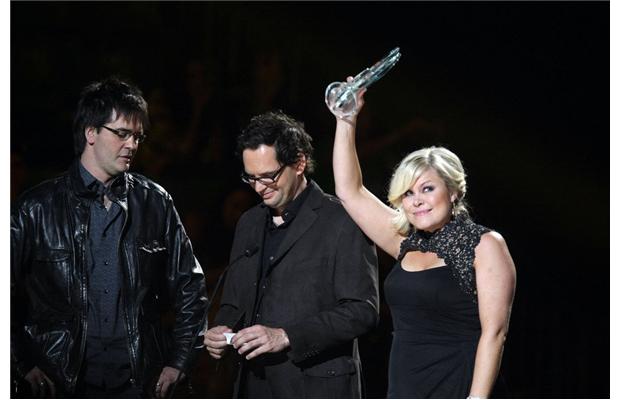 Photograph by: Gord Waldner, The StarPhoenix

Tonight, Saskatoon hosted the country’s biggest country starts for the CCMA Awards. And the 11,000 fans in attendance were treated to quite a show. They watched Hey Romeo pick up Group of the Year, for the second year in a row. They also saw Dean Brody struggle to hold back tears as he won both Album of The Year and Male Artist of The Year. Other big winners included Johnny Reid for Fans’ Choice and Jason Blaine won for Single of The Year.

This year, I was actually on the jury for the CCMA awards and it was blast to get to experience so much country music. It’s a world of fantastic singers, songwriters and musicians, that has a passionate group of fans from one side of the country to the other. I’ve always included myself in that group of fans, and if you’ve been wanting to add some new music to your iPod, here’s your chance to discover some of the best music this country has to offer. Here are the winners:

SINGLE OF THE YEAR
Winner: They Don’t Make Em’ Like That Anymore – Jason Blaine

CMT VIDEO OF THE YEAR
Winner: In This House – The Stellas

GROUP OR DUO OF THE YEAR
Winner: Hey Romeo

ROOTS ARTIST OR GROUP OF THE YEAR
Winner: Jimmy Rankin

TOP SELLING CANADIAN ALBUM OF THE YEAR (Canadian Sales only)
Winner: Johnny Reid – Fire It Up