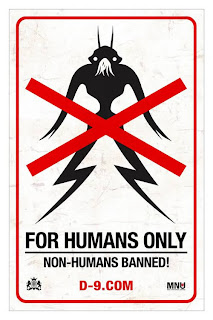 With 2009 winding down, it’s time to start looking back. What better way to start then by going to the movies for FREE!

To celebrate it’s 2,000,000th member, SCENE is bringing one of this yearâ€™s biggest movies back to Cineplex theatres for an exclusive, members-only, free screening!!
And SCENE members get to choose the movie! The list of movies for members to vote on includes: Transformers: Revenge of the Fallen (ugh), Star Trek (YES!), Harry Potter and the Half-Blood Prince (once was enough), The Hangover (my sides are still sore, not ready yet), X-men Origin: Wolverine (I don’t think even Hugh Jackman wants to see this again), Angels & Demons (depends, is it still bad?) and District 9 (double yes! pretty please!).
SCENE members can cast their vote online at scene.ca or by texting in their vote to SCENE (72363). SCENE will announce the winning film and details for the exclusive, one-night only movie event to be held in approximately 60 Cineplex Entertainment theatres across the country, in early 2010.
Don’t screw this up Canada! Bring back District 9!
REMINDER: Tonight is Telus Tuesday at Cineplex theatres, which means you get admission, popcorn and a pop for 50%! If you haven’t gone yet, you must. I go every week! Go see Fantastic Mr. Fox please!