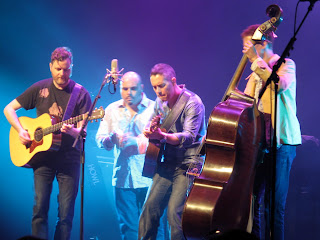 On a surprisingly snowy night, Calgarians were treated to a rare-concert experience. In an attempt to regain their momentum after losing their lead singer, The Barenaked Ladies have just embarked on a North American tour. As an opening act, they’ve brought along Joel Plaskett. He himself is coming off a ton of East Coast Must Awards and being robbed of the much deserving Polaris Music Prize.

For Canadian music fans, it didn’t get better.

Since both acts were so impressive, I’ve decided to break out the rare double 99 Word Review. 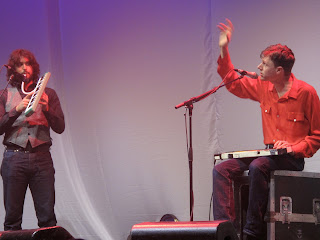 Bucket List #45: Joel Plaskett concert. Luckily, I was able to cross him off the list by simply attending a BNL concert. As an opener, Plaskettâ€™s popularity could have threatened to overshadow the main act, and yes, he came dangerously close. It was truly a double-header of epic proportions. In his tragically short set, Plaskett continued to establish himself as one of Canadaâ€™s biggest rising stars. Song by song, the massive auditorium began to sit up and pay attention. By the end of his set, Plaskett had done the impossible: gotten a standing ovation as opening act. Game, setâ€¦. 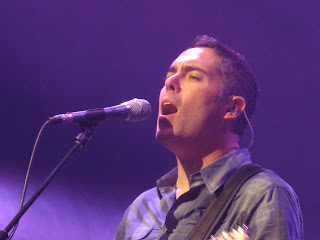 Before tonightâ€™s concert, everyone had the same thought: â€œThe Barenaked Ladies without Steven Page? Explain.â€ After enjoying the two and half-hour show, Iâ€™m happy to report that BNL are doing just fine. Actually, they are doing great. Having never seen the Canadian icons before, I honestly felt no noticeable absence. Their show was fun, energetic and unforgettable. Twenty years later, this is a tight band that is still built on friendships with immense respect for each other (and it shows.) John Mayer would benefit with a lesson from BNL about the importance of creating a real concert experience. 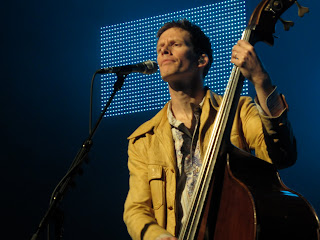 It will be hard to forget either Plaskett or BNL. Better yet, it will be even harder to wipe the smile off of my face.