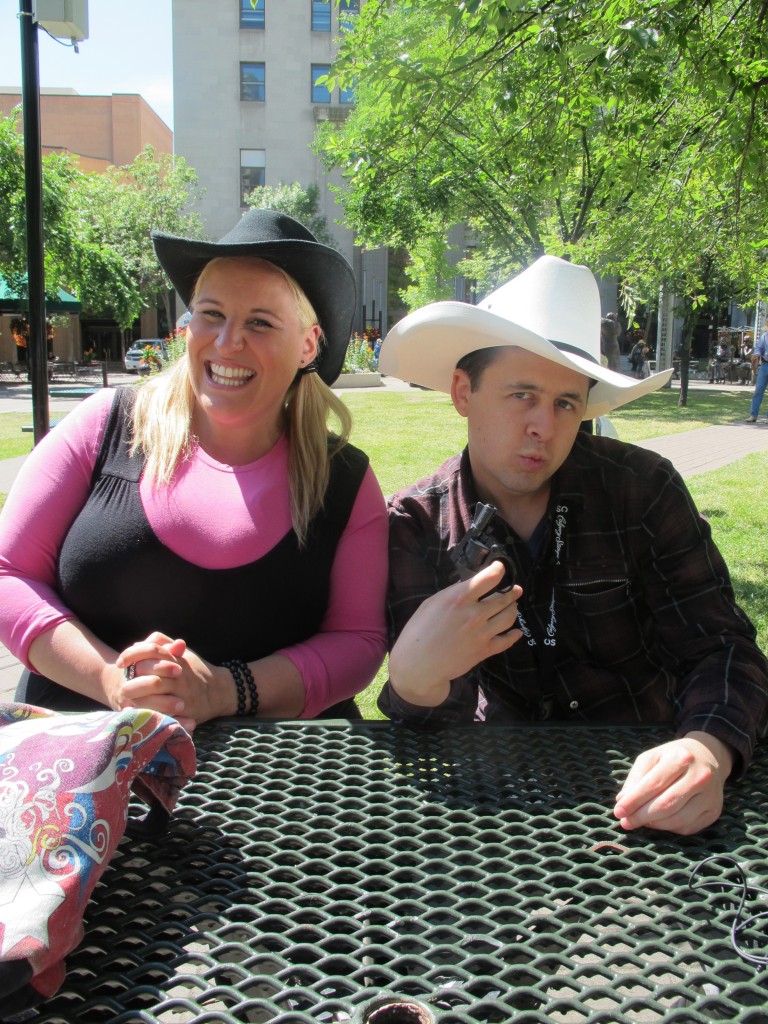 For the past ten days or so, Calgary has been one big giant party.Â  Yes, the Calgary Stampede is as big as you’ve heard.Â  People from all over the world descend upon us for rodeos, cowboys, concerts and mini-donoughts.Â  So far this year, we’ve had the Royals, fantastic weather, huge concerts like Katy Perry, Sugarland, and NKOTBSB, but something felt off, I guess I felt like something was missing.

All of that changed this past weekend when I realized what that something was: MTV Canada’s Paul The Intern and Sheena Snively.Â  As soon as I heard they were in town, for me, Stampede had officially started!

The two of the four co-hosty types from MTV Live were obviously here to take in what everyone all over the world has always been talking about: The Calgary Stampede. Throughout their three days in the city, they’d been filming segments that will air on MTV Live this upcoming week, I tracked them down in Rope Square to talk about their firstÂ  Stampede and Sheena immediately gushed, “I’m really excited for the food segment, they have donought burgers!”

But let’s be honest, Sheena’s expectations of Calgary were already set pretty low, “I want to see Stephen Harper!” she says, (With the same amount of excitement as she does when she talks about her upcoming adventure in eating Prairie Oysters.) Also on the menu was deep fried macaroni and deep fried poptarts.Â  Paul was excited to see the rodeo and chat with the real cowboys.Â  Which, luckily, aren’t too hard to find this time of year.

But what would be the point of coming to Calgary, without experiencing this city’s most popular bar Cowboys.Â  Famous for supposedly buying breast augmentations for their staff, I wondered who at MTV Canada would be the first to sign up to work at the bar…for the perks. Paul quickly suggested, MTV Live host Nicole, but Sheena thought otherwise “Nicole would definitely sign up for that, but Juliana is the one that needs it! She’s like a little boy under there!”

The stories of Paul and Sheena are the stories that interns talk about in journalism schools across the country.Â  Like Rick The Temp before them, Paul and Sheena were both initially interns at MTV.Â  “We were actually the first group of interns and did all the shit jobs, like getting Daryn coffee,” Paul remembered. One thing lead to another, which lead to a janitor named Nathan who couldn’t speak English, and now they are regularly featured on the network’s best show. And while the duo weren’t initially hired to be on-air, the gaggle of giggling girls that sat behind us during our chat, probably wouldn’t have it any other way.

With that, Paul and Sheena took off into the Calgary sunset, look for their Calgary segments to air all week on MTV Live. 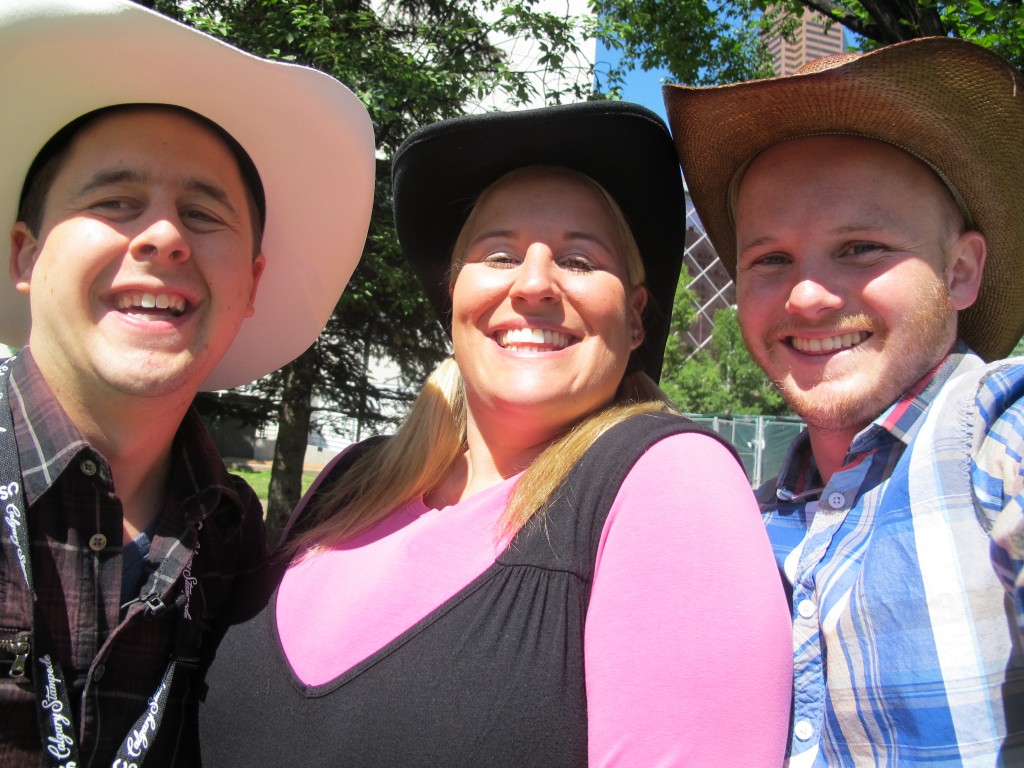