Earlier today, I did one of my favourite things to do. And even though I know voting is annoying, I love that I can make a real big difference in less than five minutes. And I mean that literally. I timed how long it took me to vote in the Advance Polls today, and it was just under five minutes. That’s from the parking lot and back! 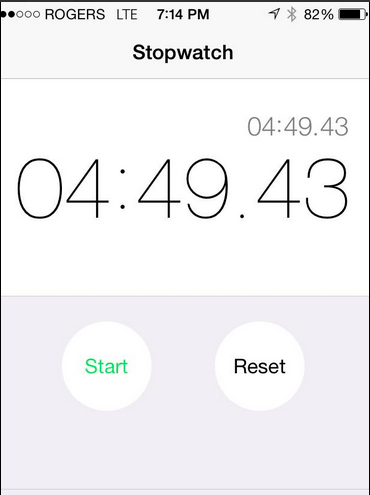 Now, I know it’s not polite to talk about who I voted for, so I guess I won’t, but I will tell you who I didn’t vote for and that’s the Progressive Conservatives. They’ve been ruling Alberta for way too long, and I don’t think they’ve been doing a great job of it. Plus, if you’re familiar with me at all, you know that the PC government and I haven’t always seen eye-to-eye when it comes to equality.

But, if you’re interested in more examples, Â here’s 15 more…from the past FOUR MONTHS.

1. Because I believe youth offenders shouldnâ€™t be shipped off away from their families:

Alberta PCs cynically shipping out Calgaryâ€™s young offenders , but why?

2. Because there are 36,000Â students about to enter our school system and not one teacher is being hired.

3. Because I think $200,000 for the continued investigation into the deaths of children in government care is a pretty good deal.

4. Because I donâ€™t think gay rights should be handed outÂ “incrementally.”

5. Because we shouldnâ€™t even be having this election for another year.

6. Because they wanted us to vote on the budget, and then changed the budget halfway through the election.

7. Because math is difficult, you donâ€™t have to be a jerk about it.

8. Because of the whole cancer care centre debacle.

9. Because they receive 80% of their donations from corporations.

“80 per cent of the donations to the PC Party above $250 were from corporations.‘

10. Because they wonâ€™t raise corporate taxes.

11. Those corporations are now saying that under an NDP governmentÂ ‘We won’t make donations to charities’

12. Because I donâ€™t want an education minister who bends the ethics rules, and â€œwould do it again.â€

14. Because if this is how they treat their own, how are they going to treat those who oppose them?

15. Because this was the scariest day of my life.

16. Because this is a real headline from a few days ago: