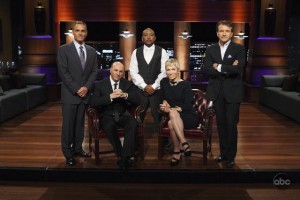 This is truly a story of good news/bad news.

ABC has thankfully renewed the reality show Shark Tank.Â  If you’ve never seen it, it is an adaptation of the UK show Dragon’s Den.Â  Of which Canada also has a very popular edition.

Shark Tank actually shares two of its cast members with the Canadian Den.Â  Kevin Harrington and Kevin Oâ€™Leary do double duty on both sides of the borders, although if you ask me, they are noticebaly meaner on the American edition.

Now this is where the bad news comes in.Â  The show is adding a sixth “shark” for three episodes.Â  Get ready for it:Â  It’s Jeff Foxworthy!Â  Uh…what?Â  Why are they are touching such a solid panel and adding a sixth judge in the first place, let alone Jeff Foxworthy?Â  How is he even an investor?!

It would be like if the Canadian edition added Tanya Kim.Â  It just doesn’t make any sense!

But since this is a story of good news, bad news.Â  I have to look on the bright side, right?Â  Shark Tank is coming back.Â  This is a small step for exciting and quality reality shows every where!