100 Days until the Calgary Stampede! 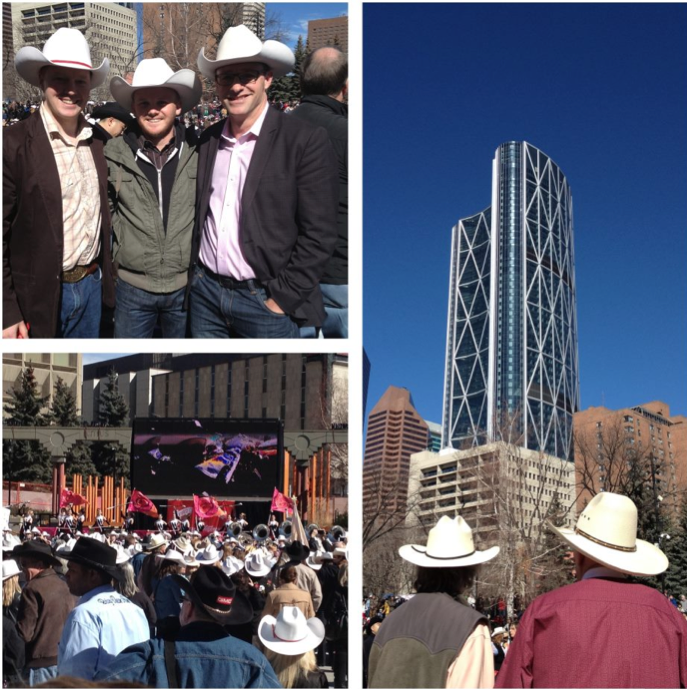 Today the Olympic Plaza was turned into a mini-rodeo when thousands of Calgarians pulled their cowboy hats and celebrated the 100 day countdown to the Calgary Stampede!

The weather was perfect for the celebration that saw country music legend Ian Tyson announced as the 100th parade marshal. There were many other announcements, including that this year’s Stampede will have a new show featuring horses called Tails and Calgary will soon own the crown for Canada’s biggest fireworks show, as four different communities will be launching fireworks into the night sky for six of the ten nights of the Stampede, all at the same time.

Throughout the celebration, people lined up for food trucks and pancakes, all while being serenaded by the music of Paul Brandt, The Young Canadians and the Stampede Show Band.

It may seem like a while off, my liver has officially been put on notice, 100 days until the Calgary Stampede! Yeeeehaaaaw!