10 Things You NEED to know about Calgary’s first cat...

Pictures are from Cafe Neko in Vienna

It’s true! Calgary is getting a cat cafe! What’s a cafe you ask? Well, it’s exactly how it sounds. It’s a cafe filled with adoptable cats! So you can sip on your latte while playing with some of the cutest cats the world has to offer.

I went to one in Vienna this time last year and it was so awesome!

Calgary’s first cat cafe will open in 2017 and it’s already getting people really excited. The biggest difference so far is it looks like the cats won’t be able to wander around like they did in Vienna. I’m guessing that has to do with strict food restrictions. There aren’t many details yet, but thanks to Facebook, Twitter and their website, here’s what we know:

1. It’s called Regal Cat Cafe.
Because all cats are regal and don’t you ever forget it.

2. They are opening on March 1st.
Because that’s when the cats will be ready for it to open.

3. Cat allergies? No problem. You’ll still be able to see the kitties because they will be in a different room.
All cats are kitties and deserve to be seen by everyone.

The cats don’t care that you’re excited. Don’t think for a second that they are.

5. The cats will be adoptable and the cafe will be working with local adoption MEOW Foundation.
But don’t forget: You don’t choose the cat, the cat chooses you.

6. There maybe upwards of 10 cats in the cafe at anytime.
Only one will pay attention to you at a time though.

7. They’ll be hiring soon. Send your resume to info@regalcatcafe.com
If a cat likes your resume, then and only then will they let you know.

8. You’ll be able to make reservations!
Because the cats already have some about you.

9. The cafe is looking to sell homemade crafts inspired by cats.
Knit all you want, the cats don’t care.

10. You’ll be able to browse the cats before you go to the cafe.
Cats don’t use the internet. 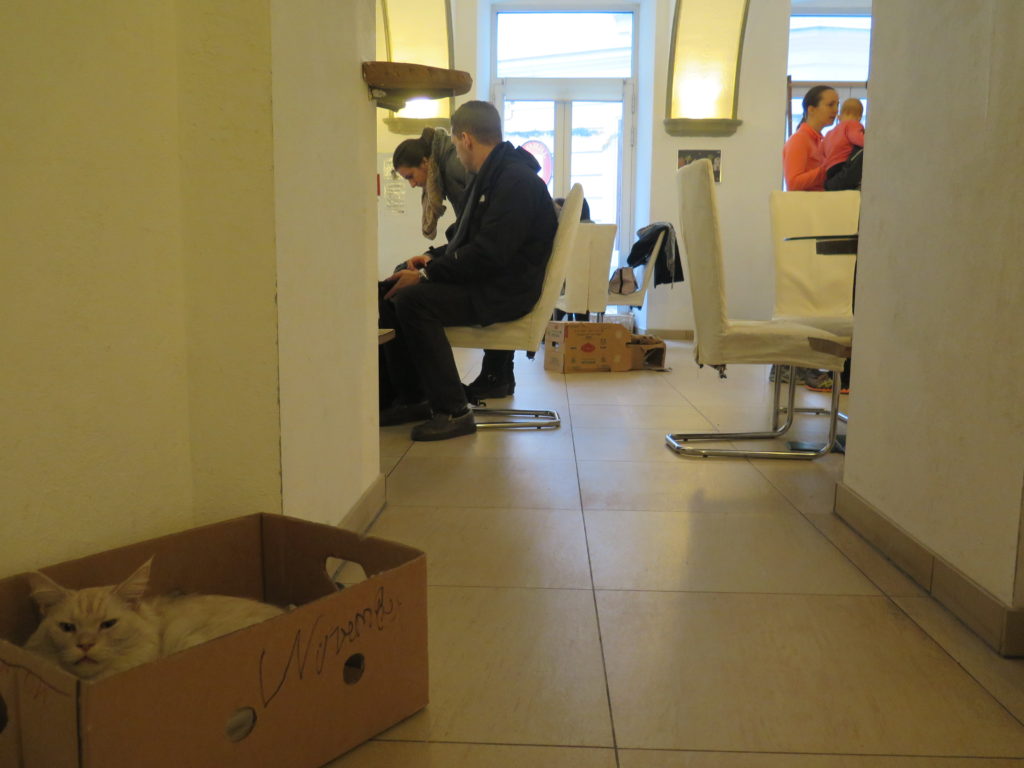